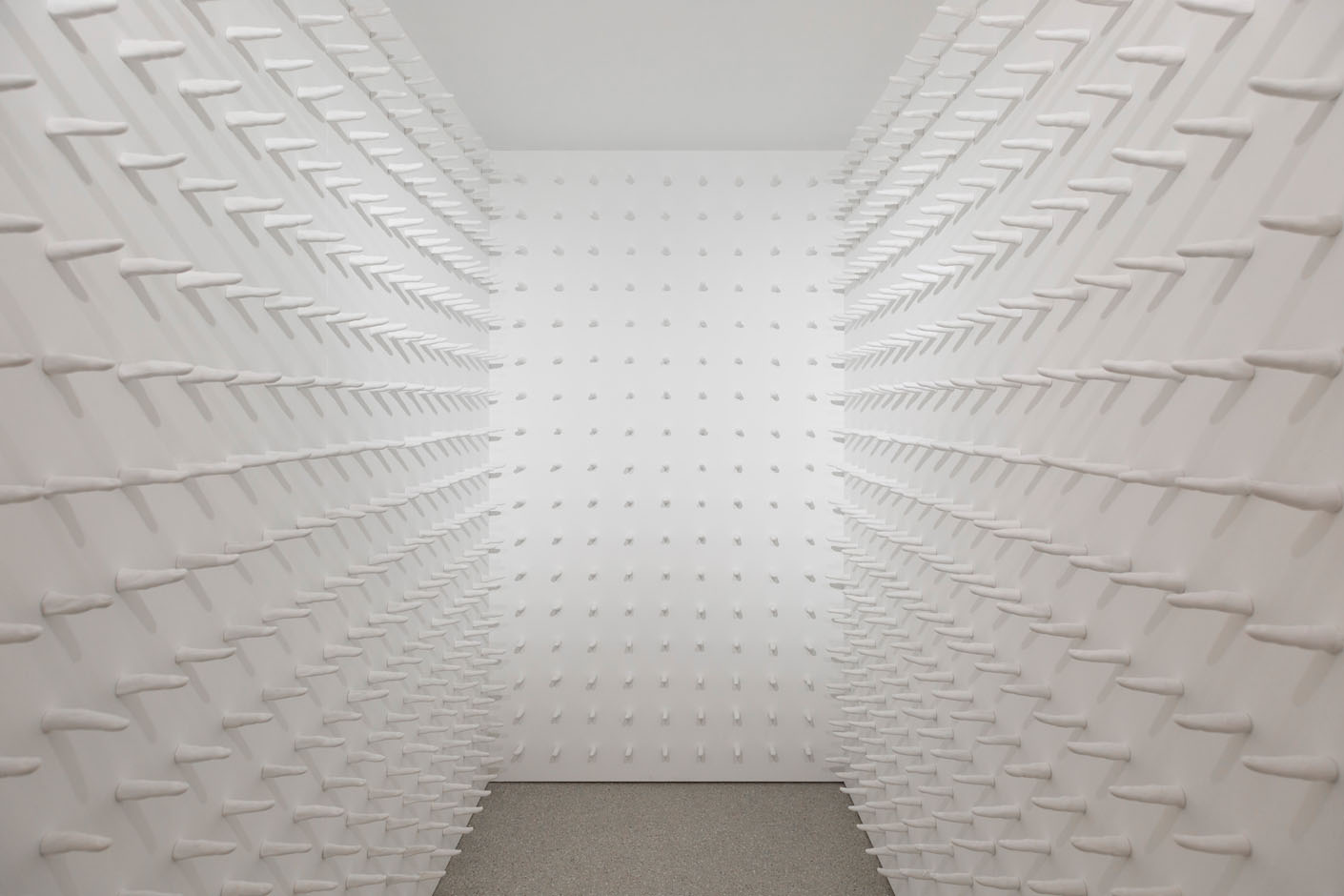 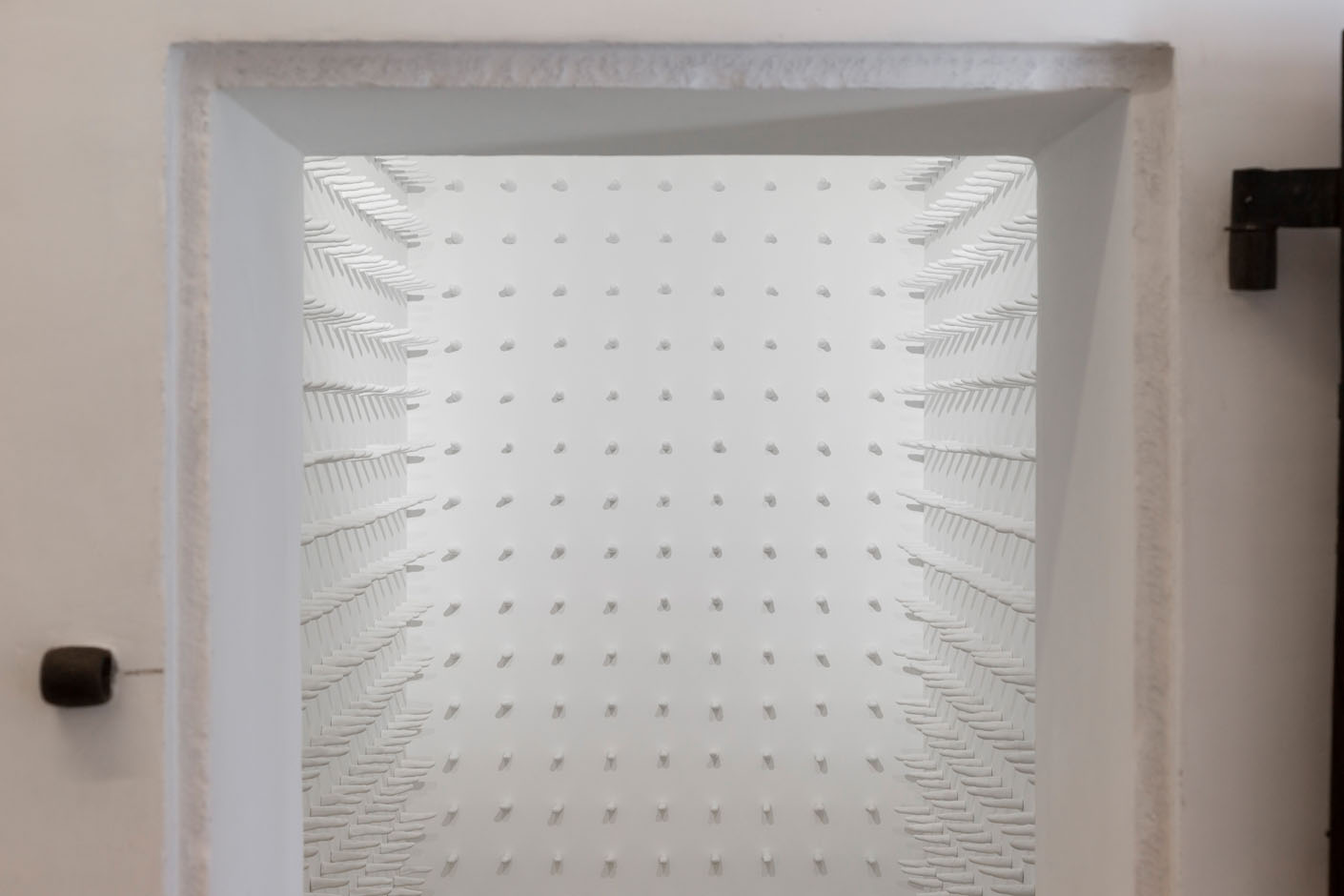 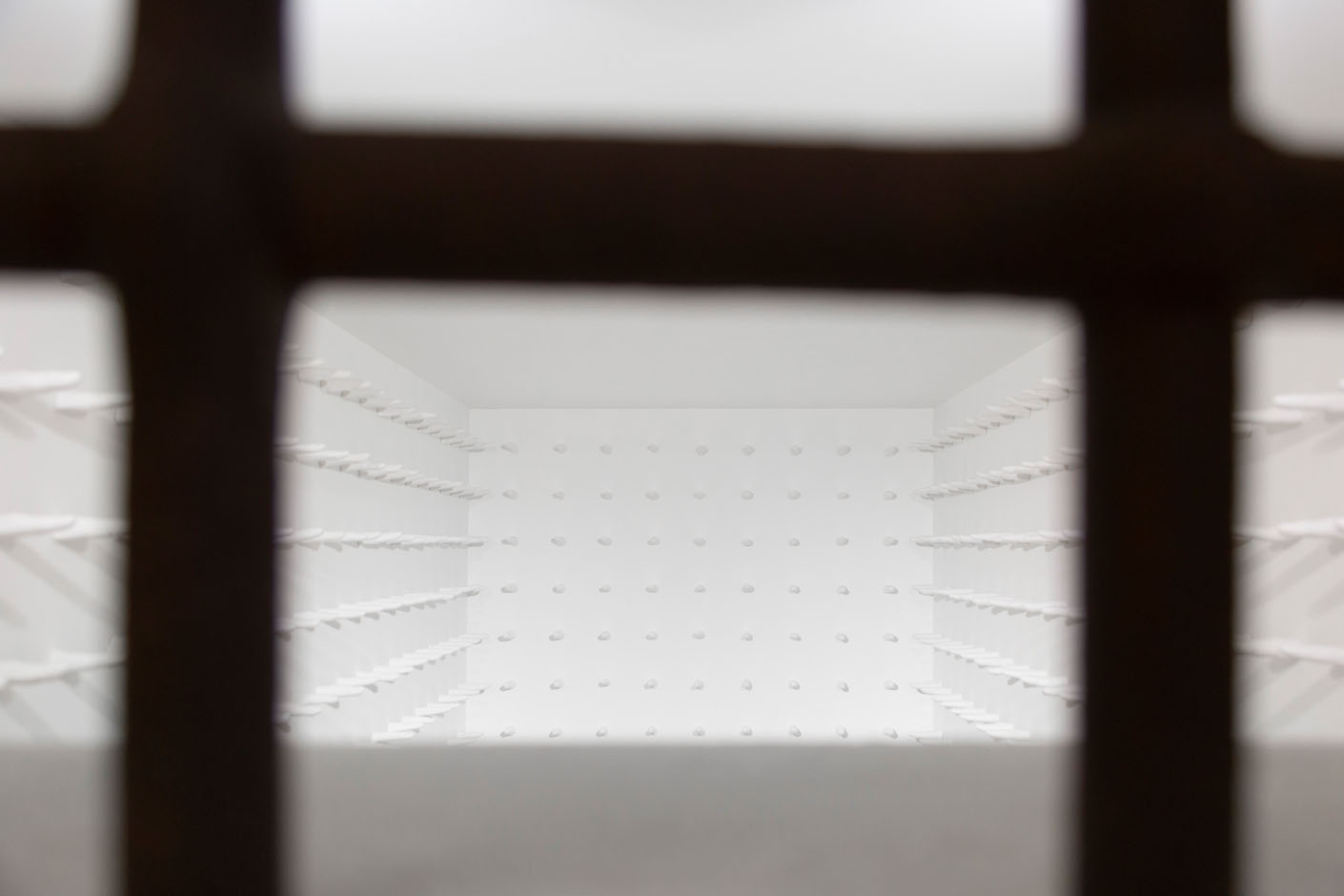 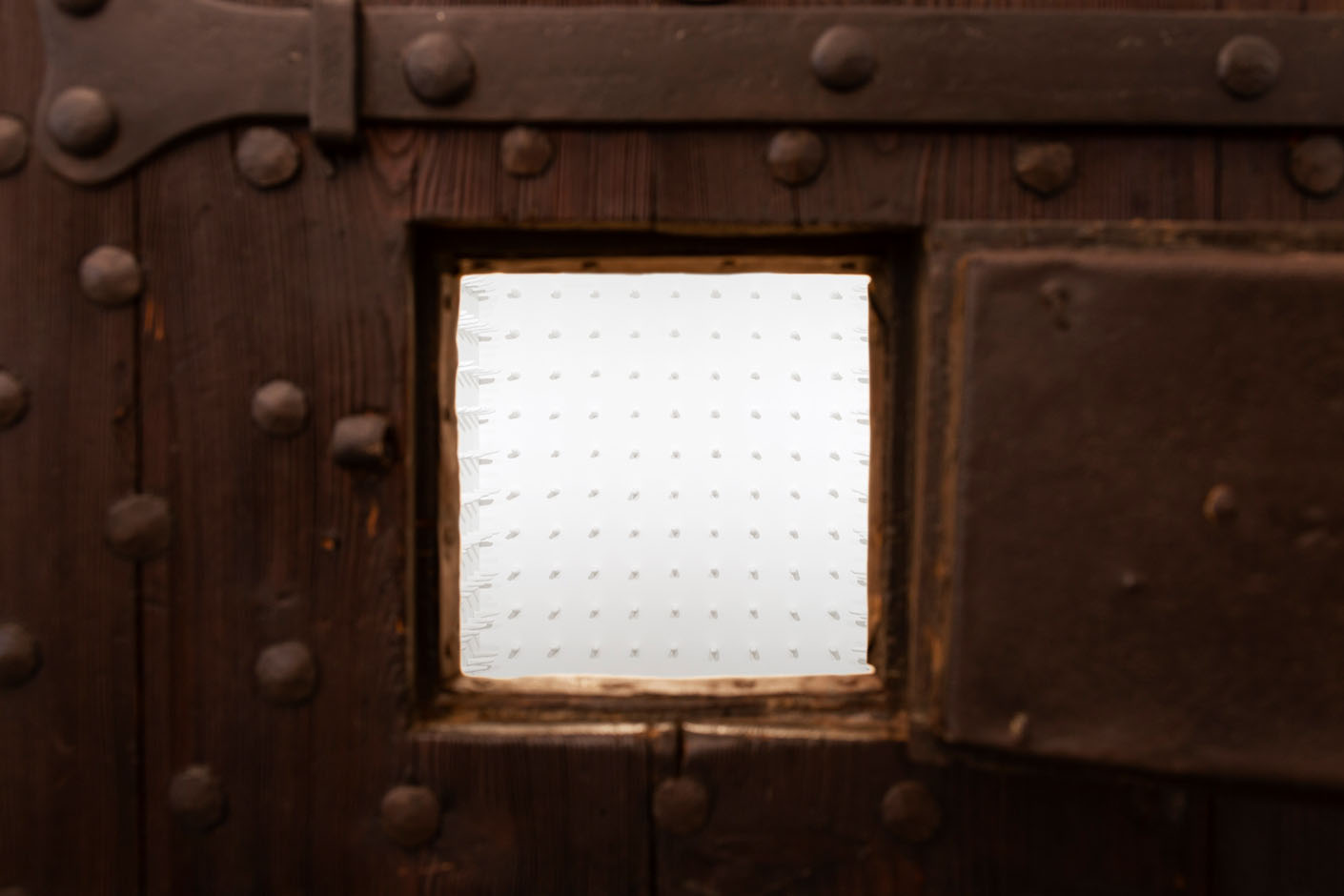 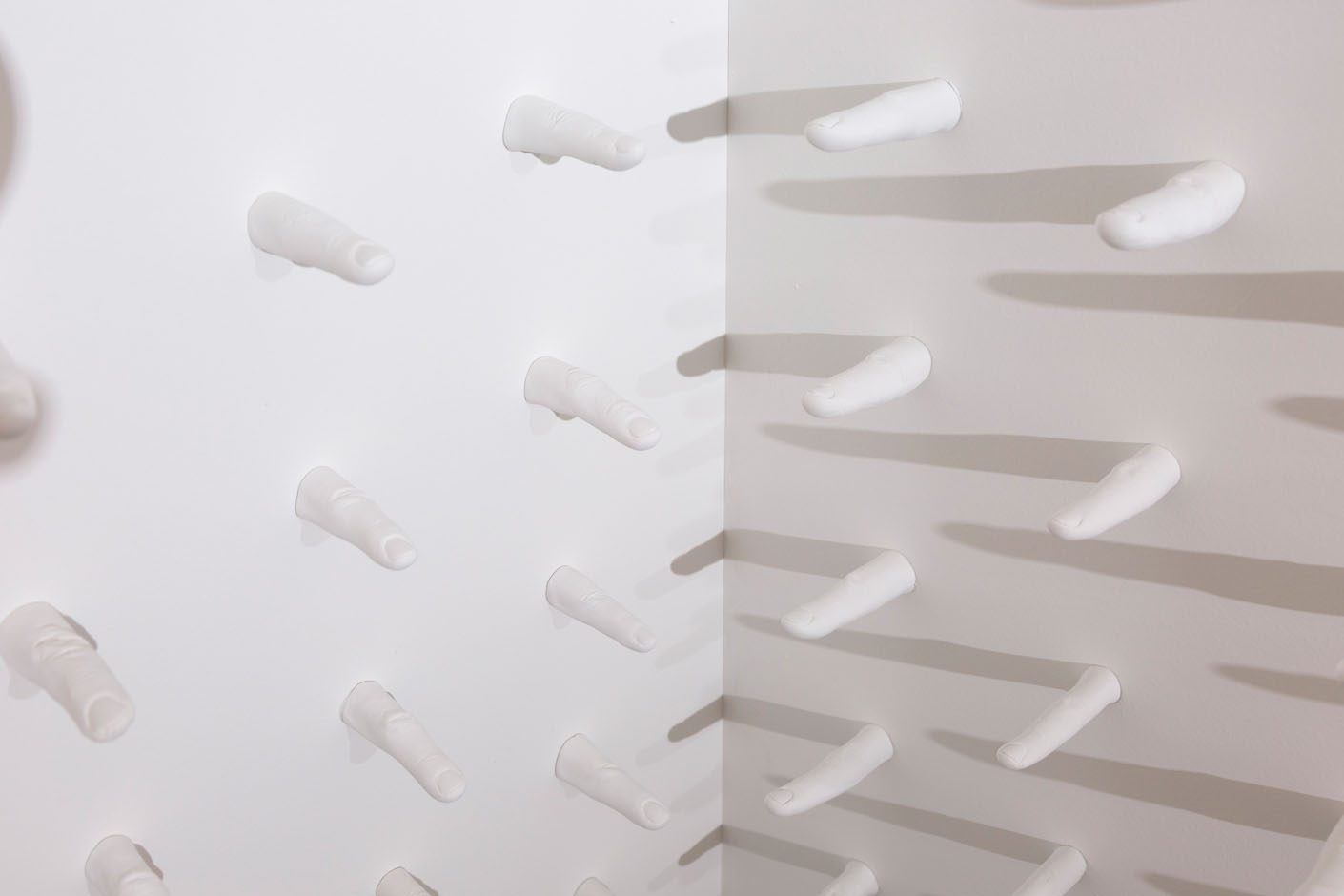 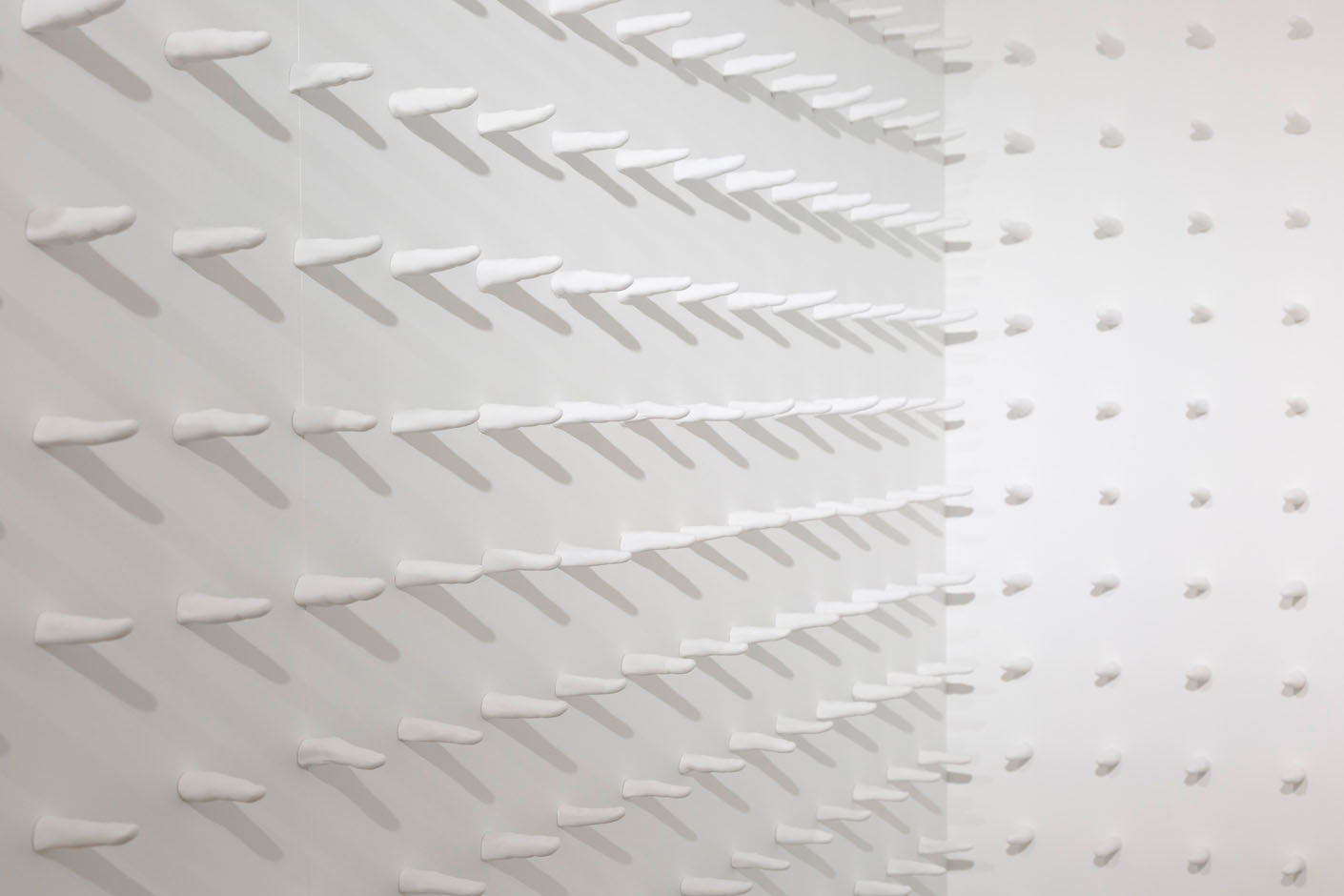 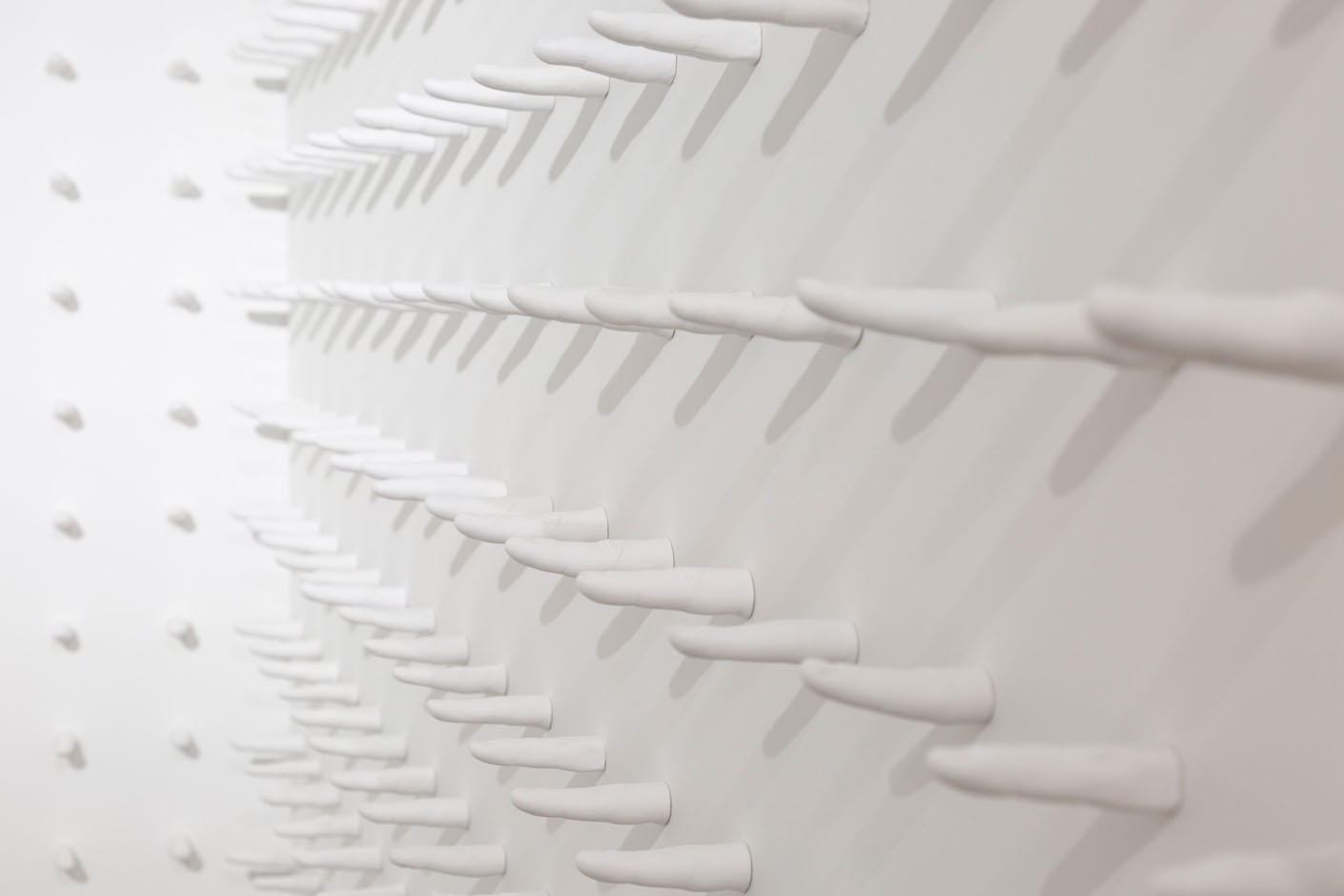 “Do not judge, or you too will be judged. For in the same way you judge others, you will be judged, and with the measure you use, it will be measured to you.”

“We all live judging, and therefore we are all afraid to be judged, but the idea of what is wrong and what is right is the result of human intelligence, which by its nature divides in two what is One”, says the artist.  WHITE TORTURE is a site-specific environment, conceived by Simonini for Italian Twist. The installation is inspired by the iron maiden of Nuremberg, the infamous torture device that is erroneously dated back to the Middle Ages. However, instead of the traditional spike-covered interior, we find here a taxonomy of over 1200 plaster casts of an index finger.

The pointing finger is the most archetypal figure of judgement, here taken to extremes and multiplied. Inside WHITE TORTURE, everyone is at the centre of judgement and, as the artist suggests, those who are judging will be judged in turn. Inspired by the jail cells, the message of this work is amplified and empowered by the location, both in a literal meaning as with a legal conviction, and in a psychological sense: the “white room” is a sort of psychological torture consisting of sensorial deprivation and isolation.

Alice Ronchi (Ponte dell’Olio, 1989) She exhibited in several solo and group shows, and public commissions both in Italy and abroad. Most recently, she was commissioned to create the Formula 1 Grand Prix awards. This year, one of her sculptures will be included in the outdoor show curated by Massimiliano Finazzer Flory at City Life park, Milan and in a group exhibition at the Hotel La Vague, Saint Paul de Vence, France.