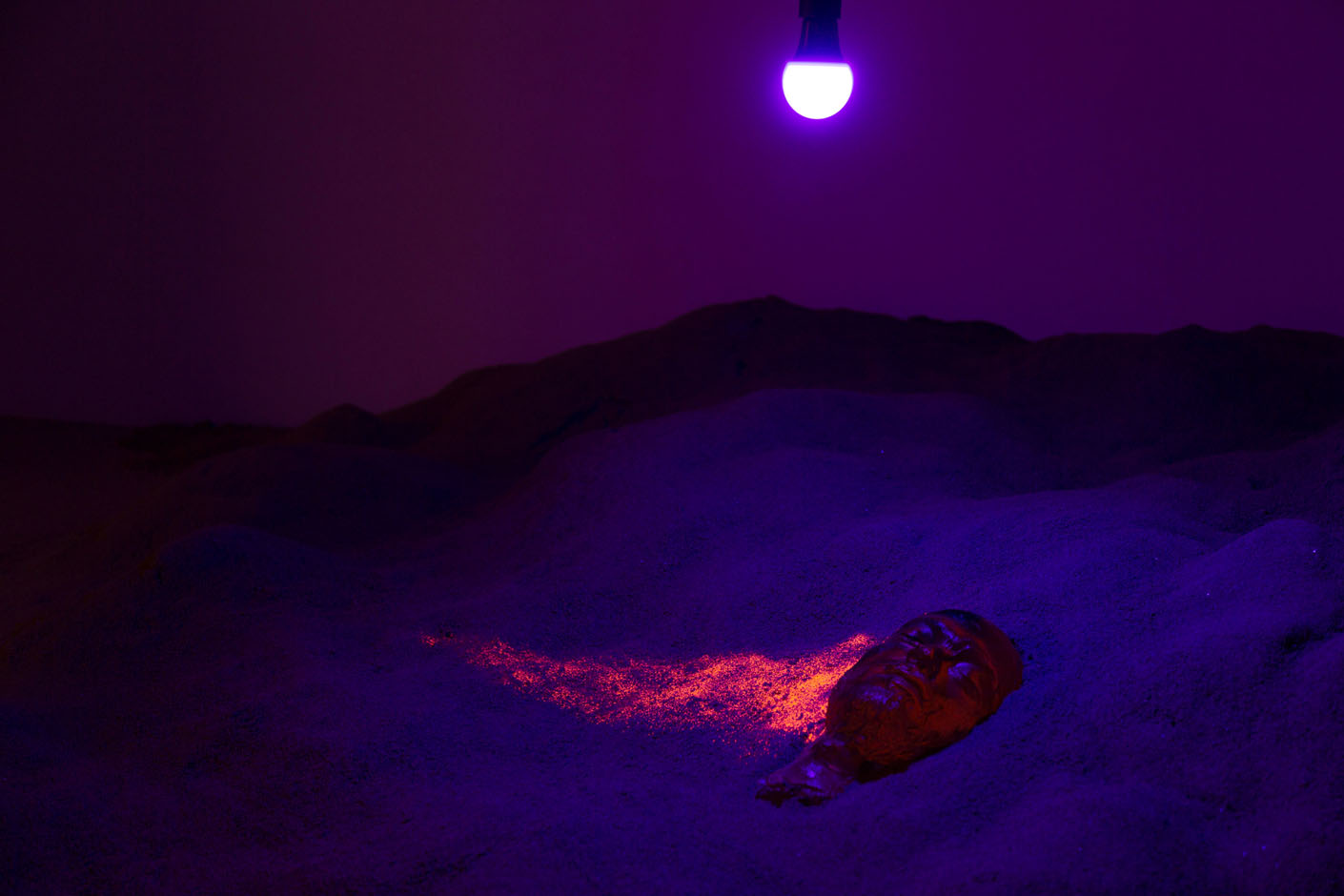 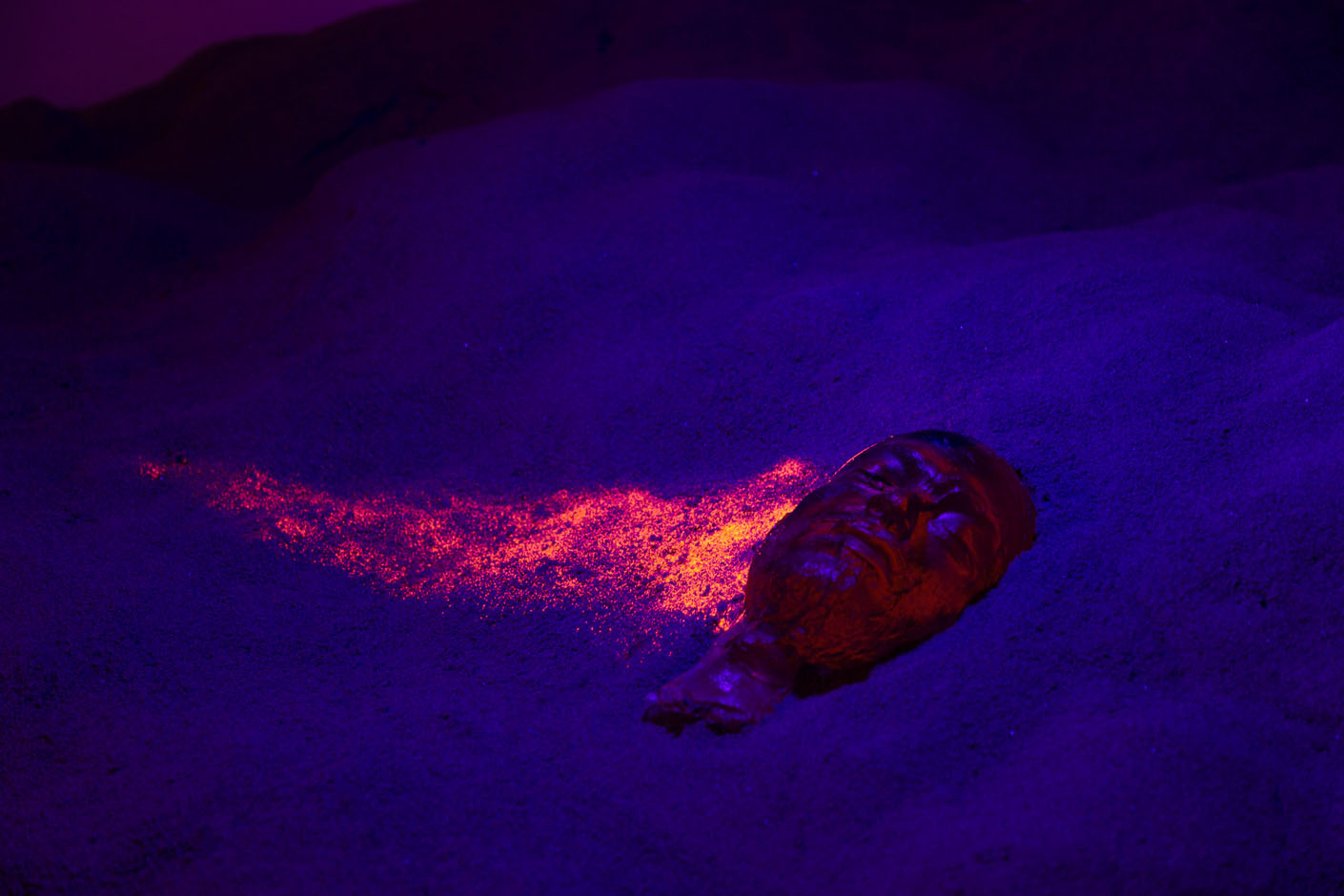 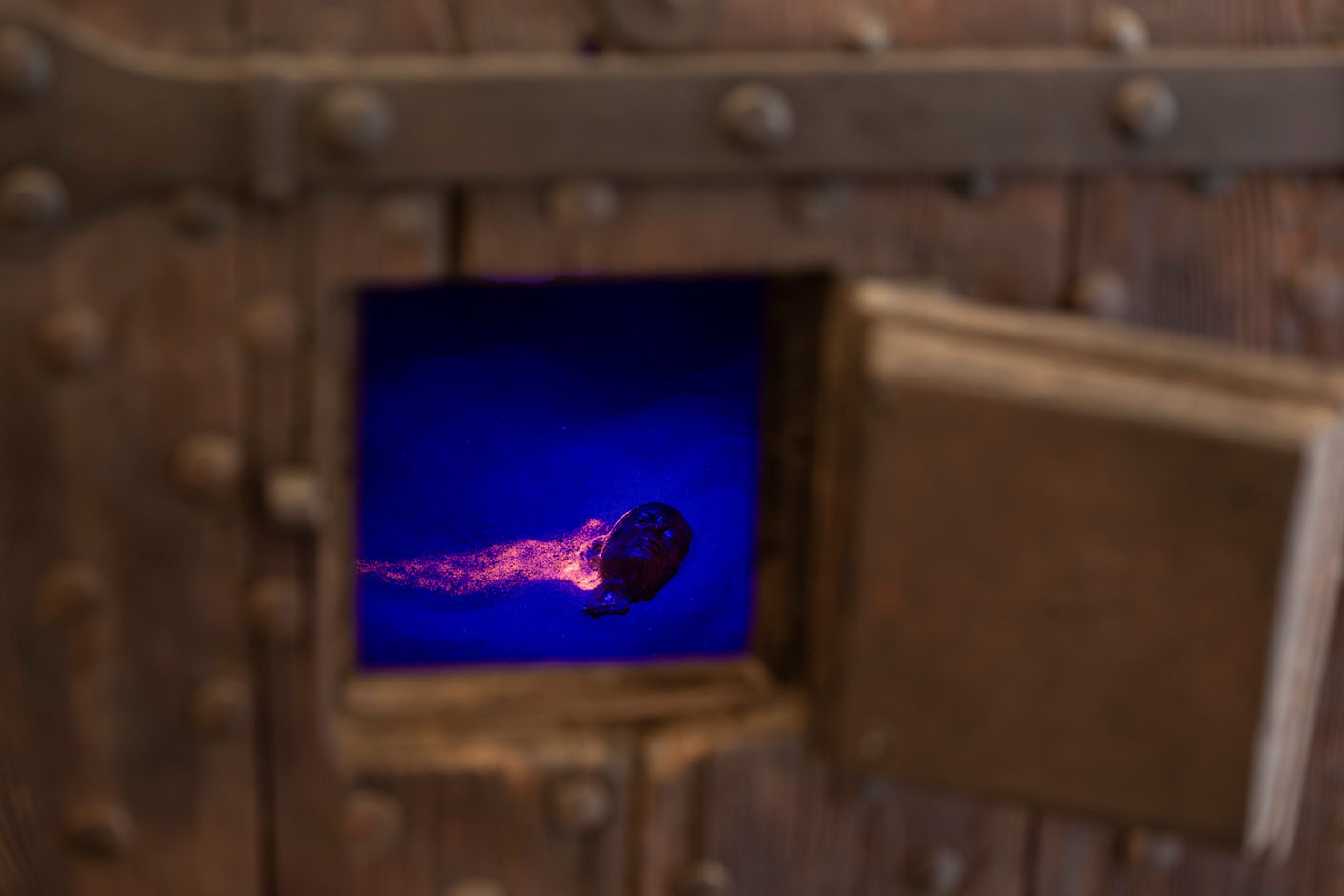 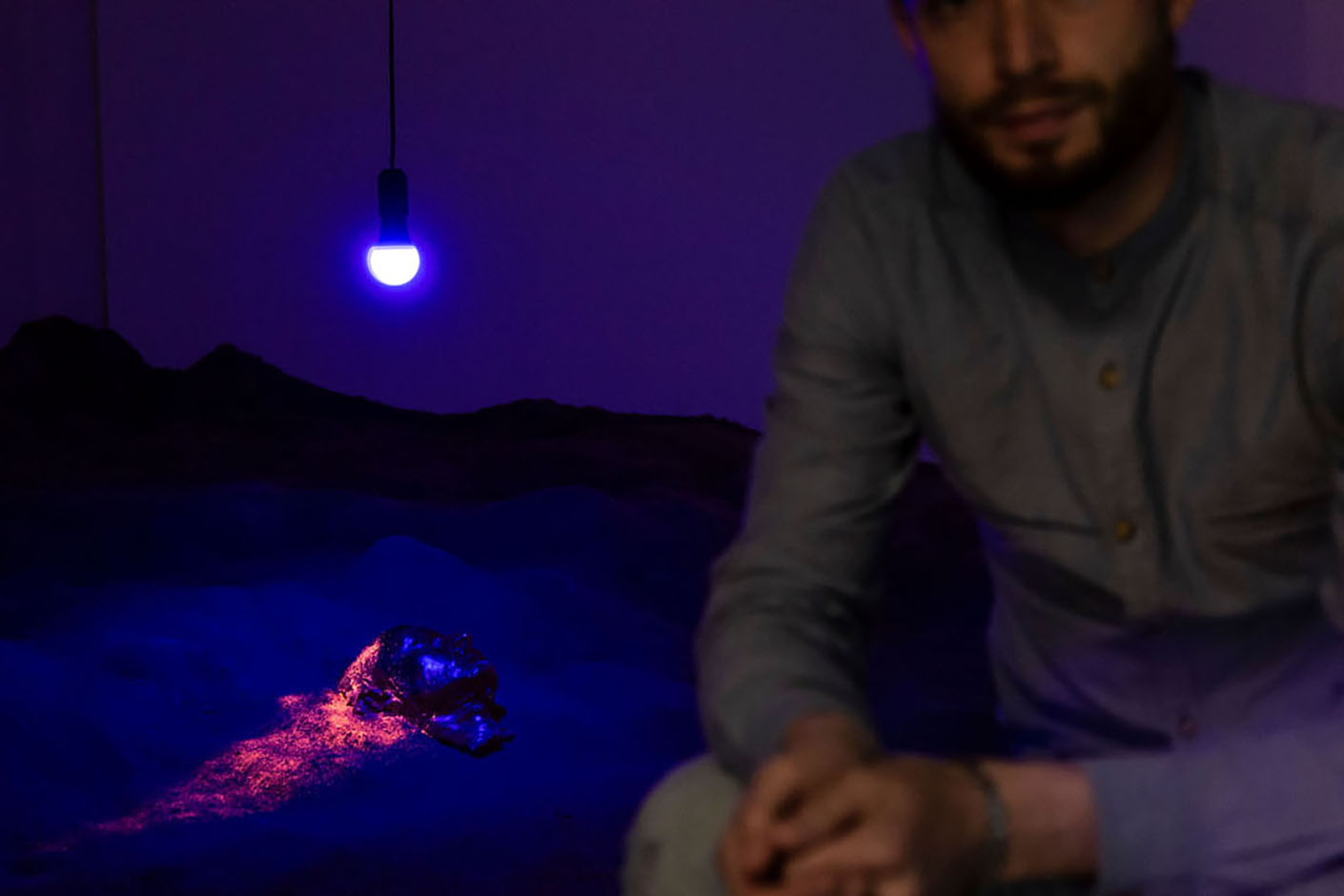 My Mind Is On Fire

Christian Fogarolli investigates how economic, political and societal systems classify some individuals as “abnormal”. His works focus on the relationship between our mind and the brain, the normative attributions of deviance and mental illness in society, and the scientific and archival categorisation methods of museums. His practice moves from historical research to contemporaneity, through different forms of expression, from installations to photography, sculpture and video.

The installation he presents for Italian Twist is part of the series Stone of Madness and portrays  the artist’s head using fused glass. It radiates an evanescent and mysterious energy, addressing issues related to mental deviance and care across vernacular traditions, ancient beliefs, and contemporary practices.

My Mind Is On Fire