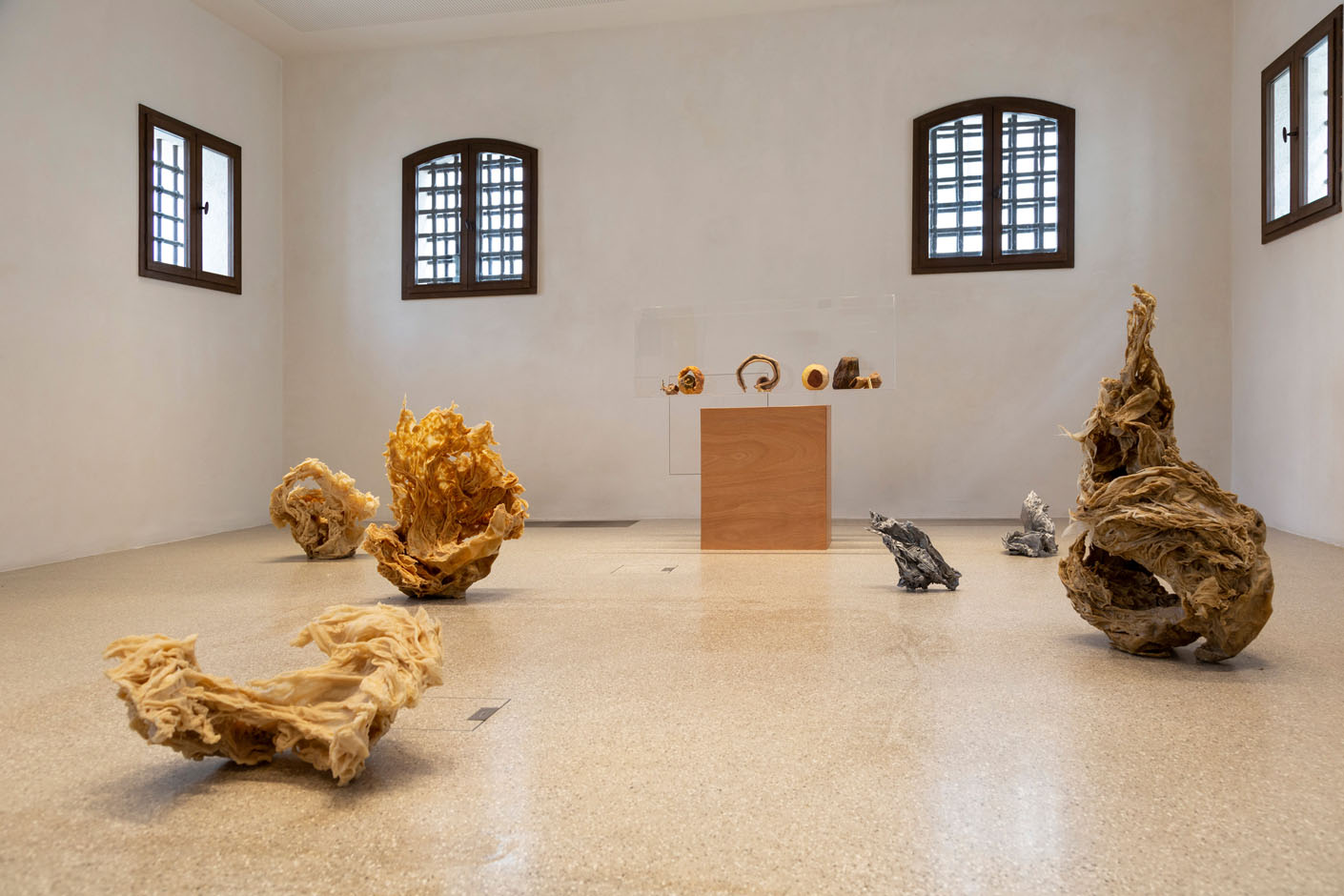 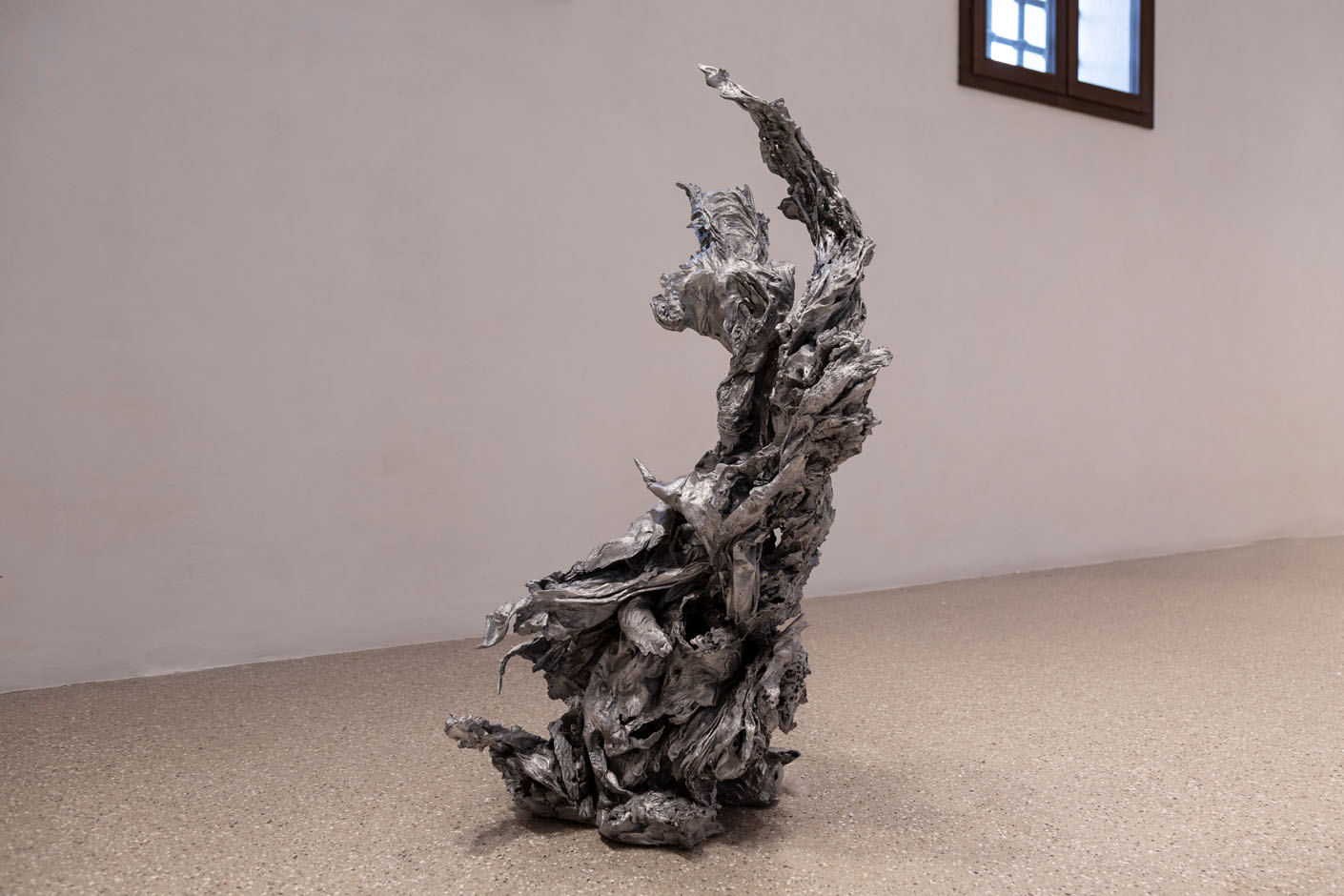 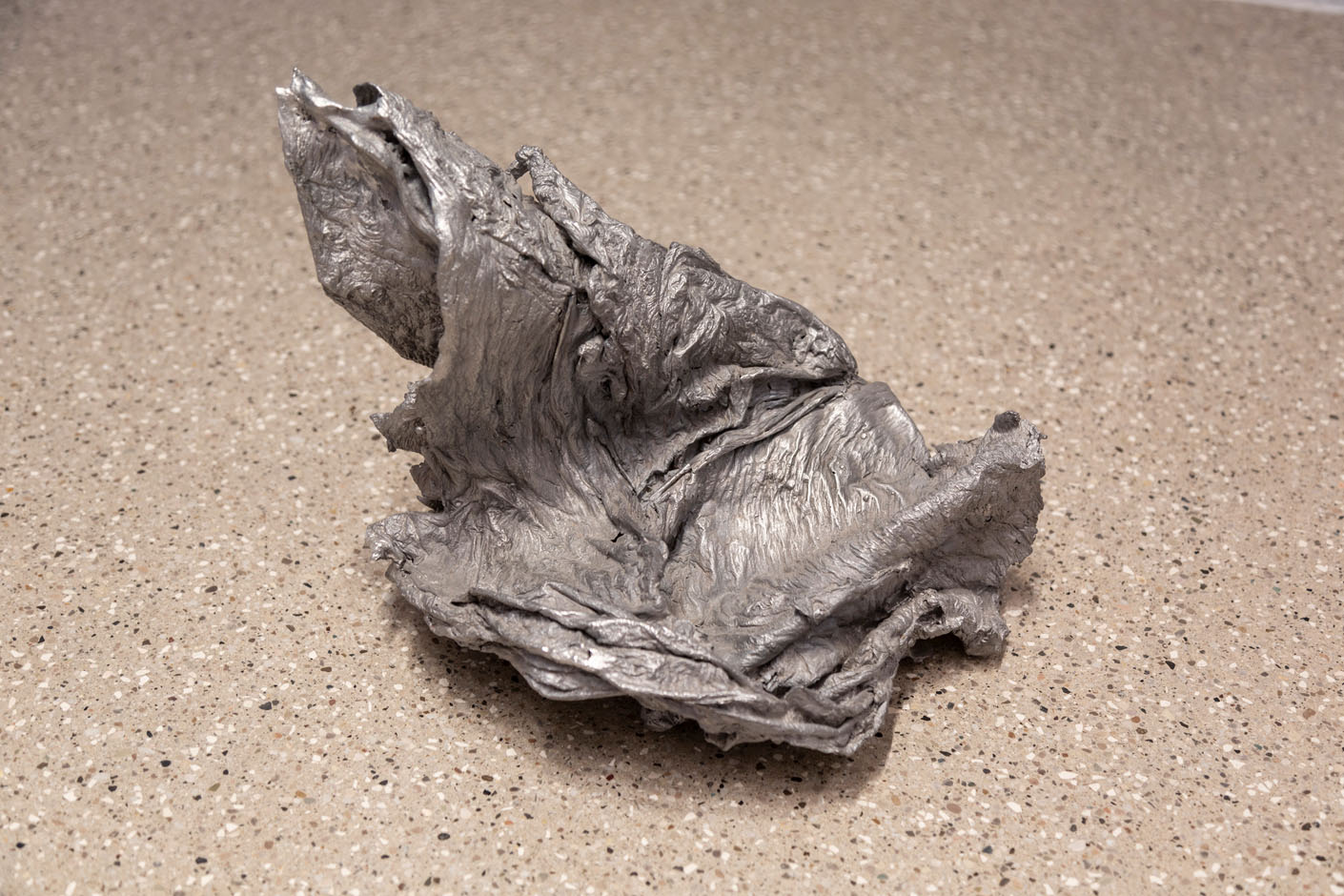 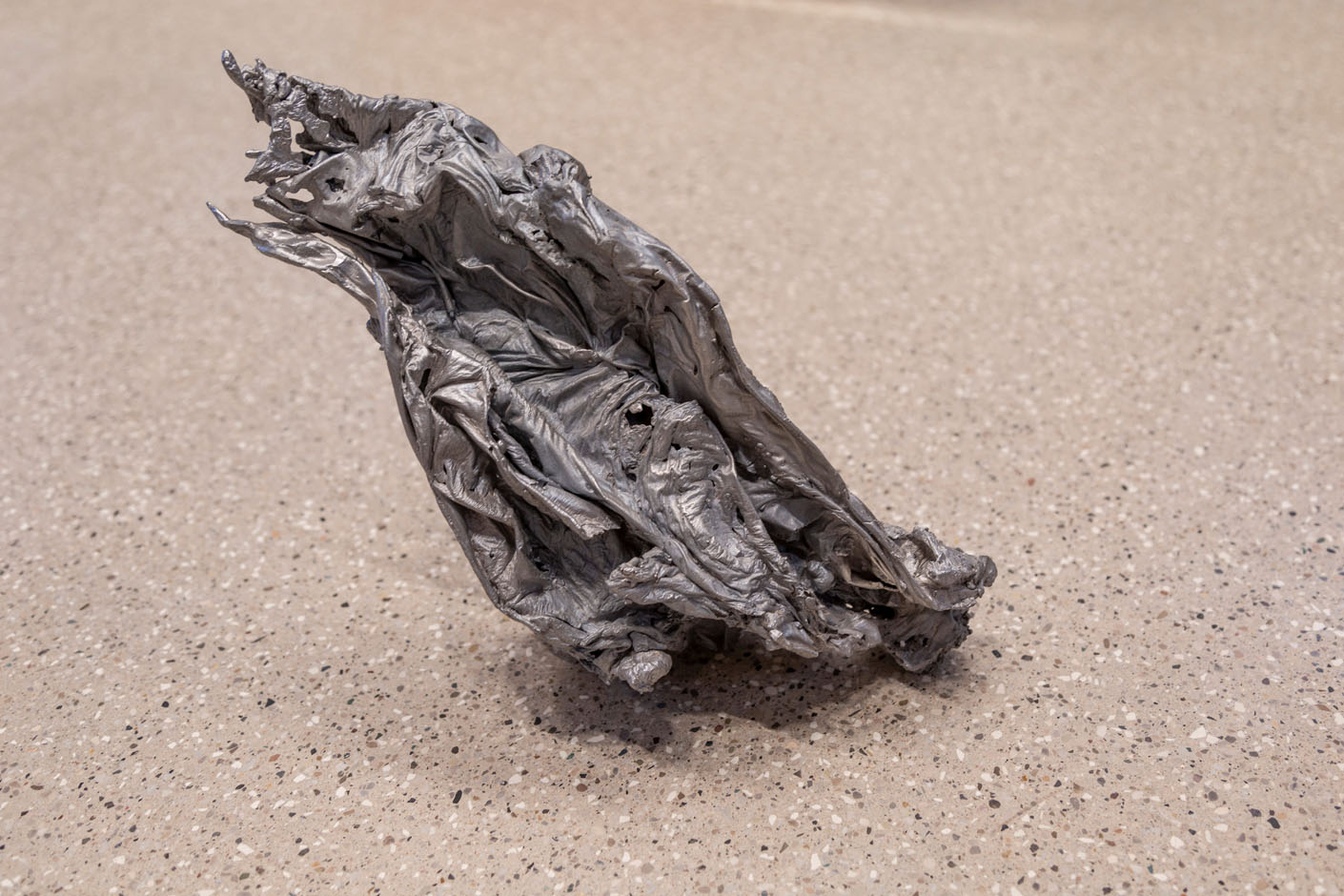 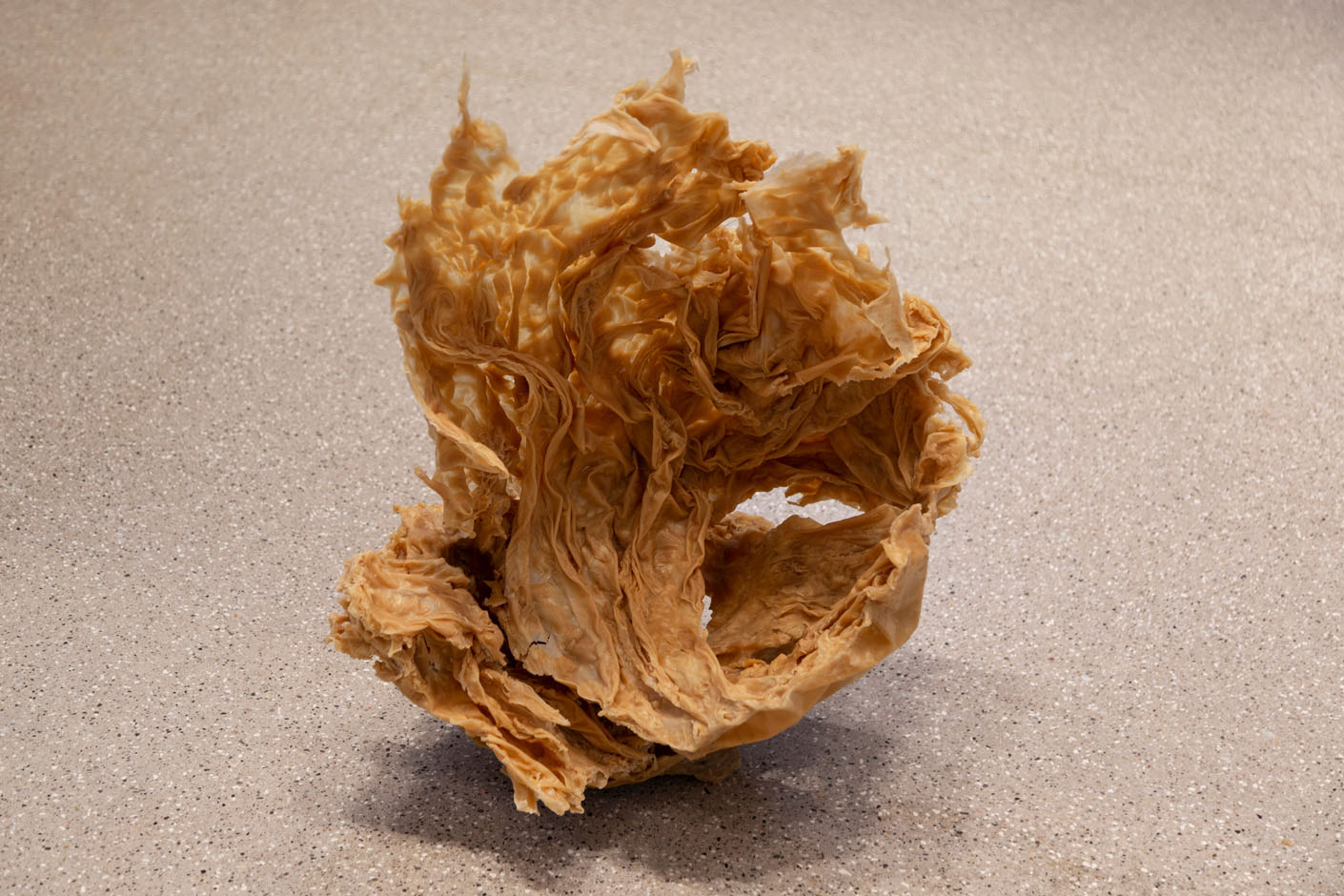 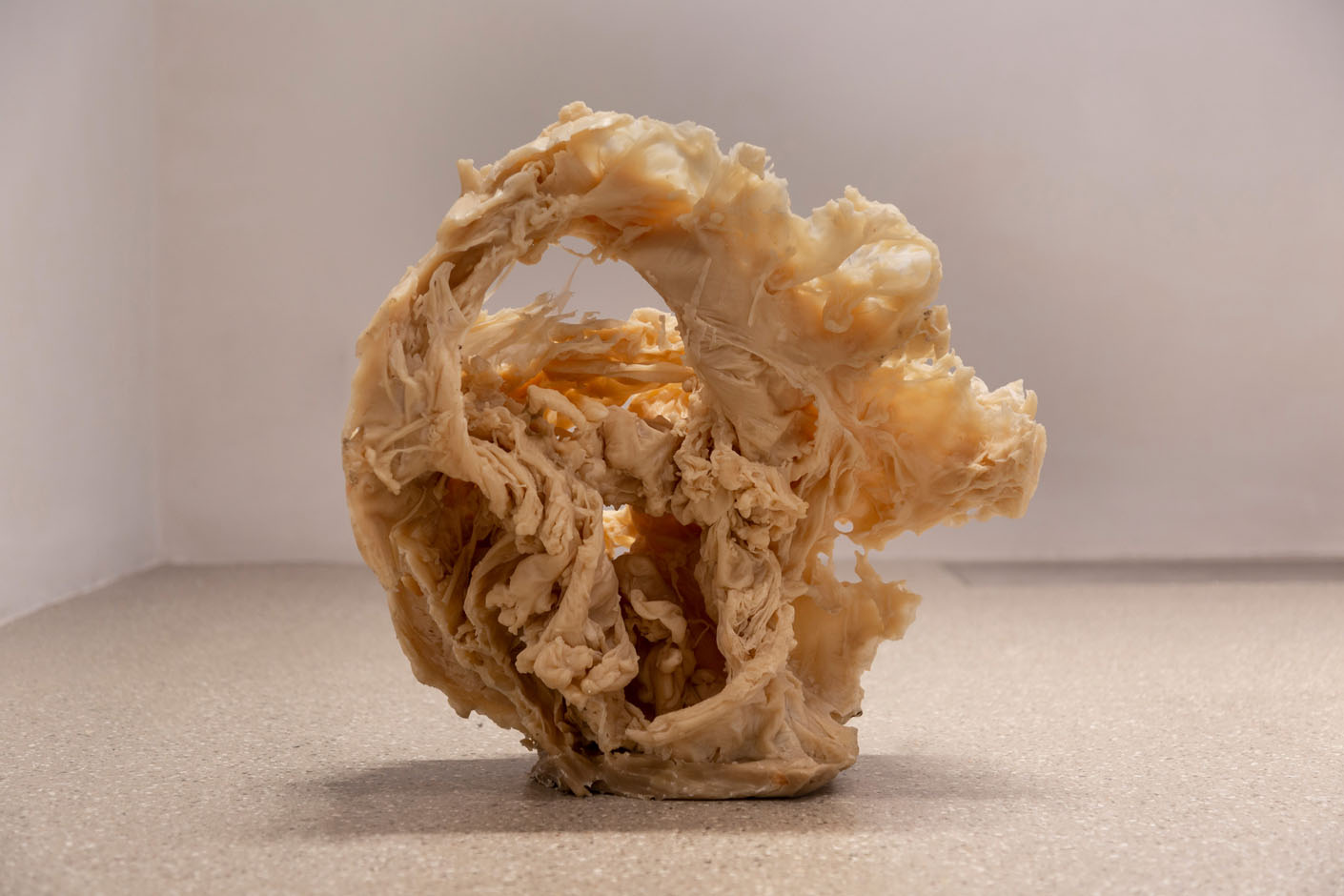 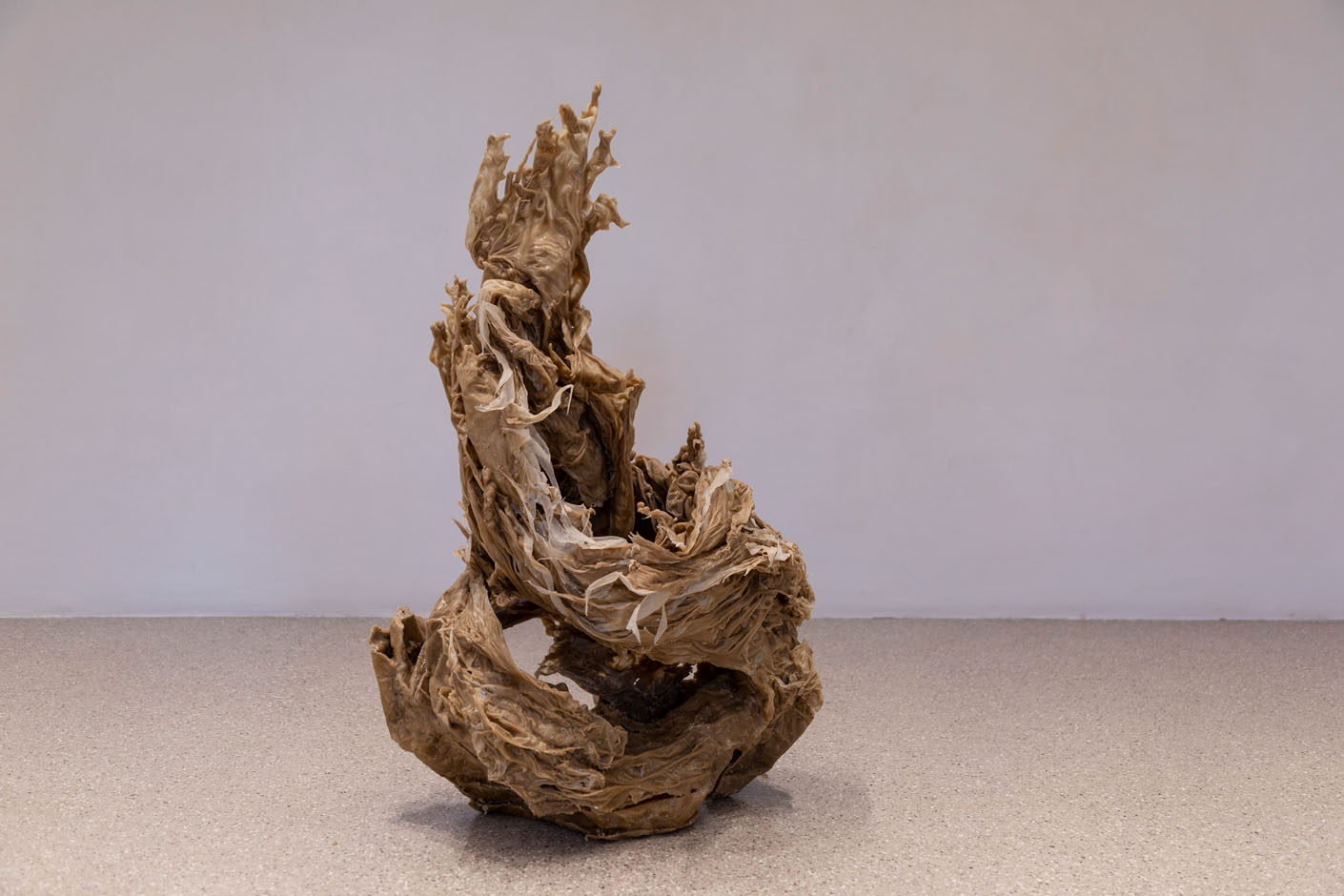 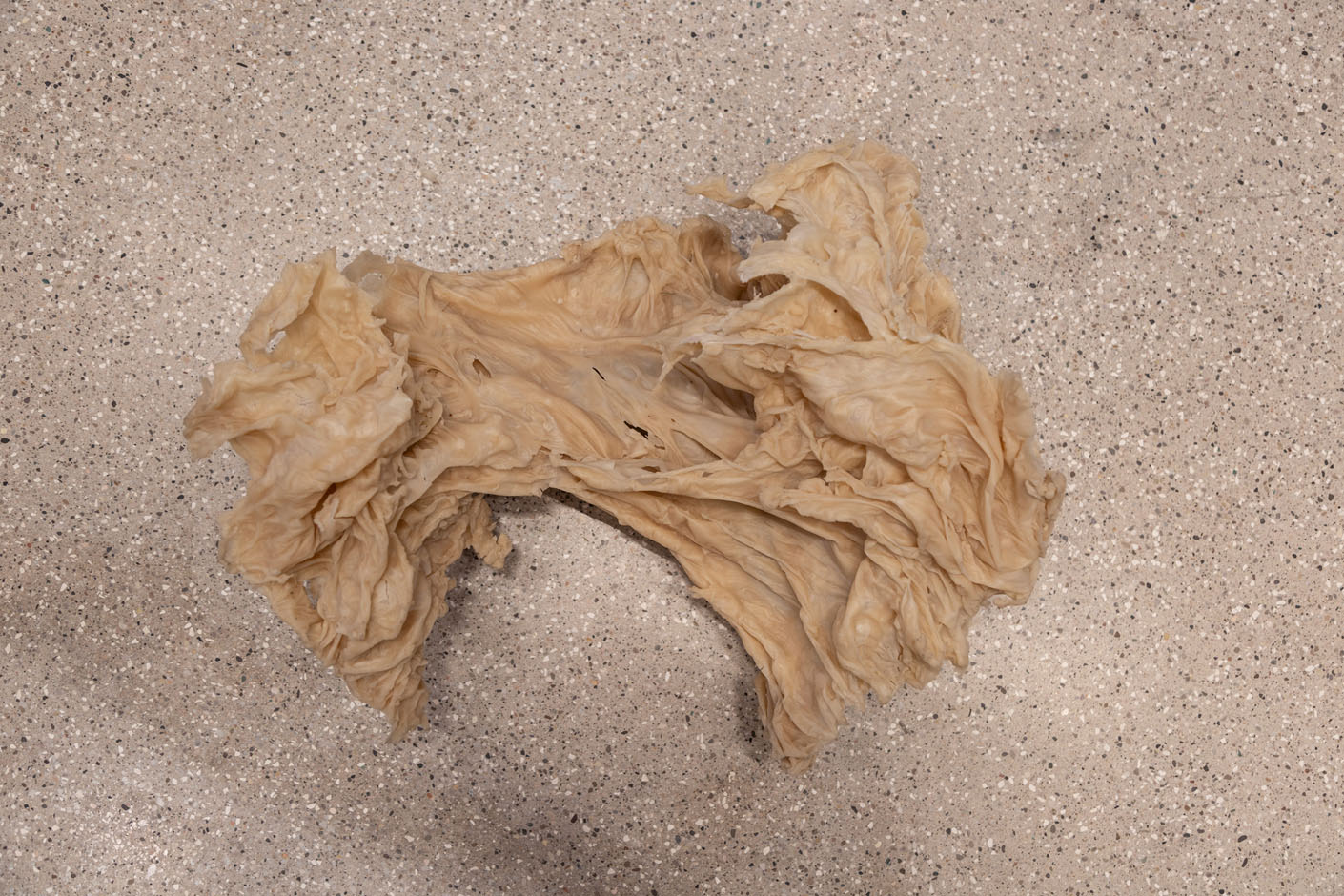 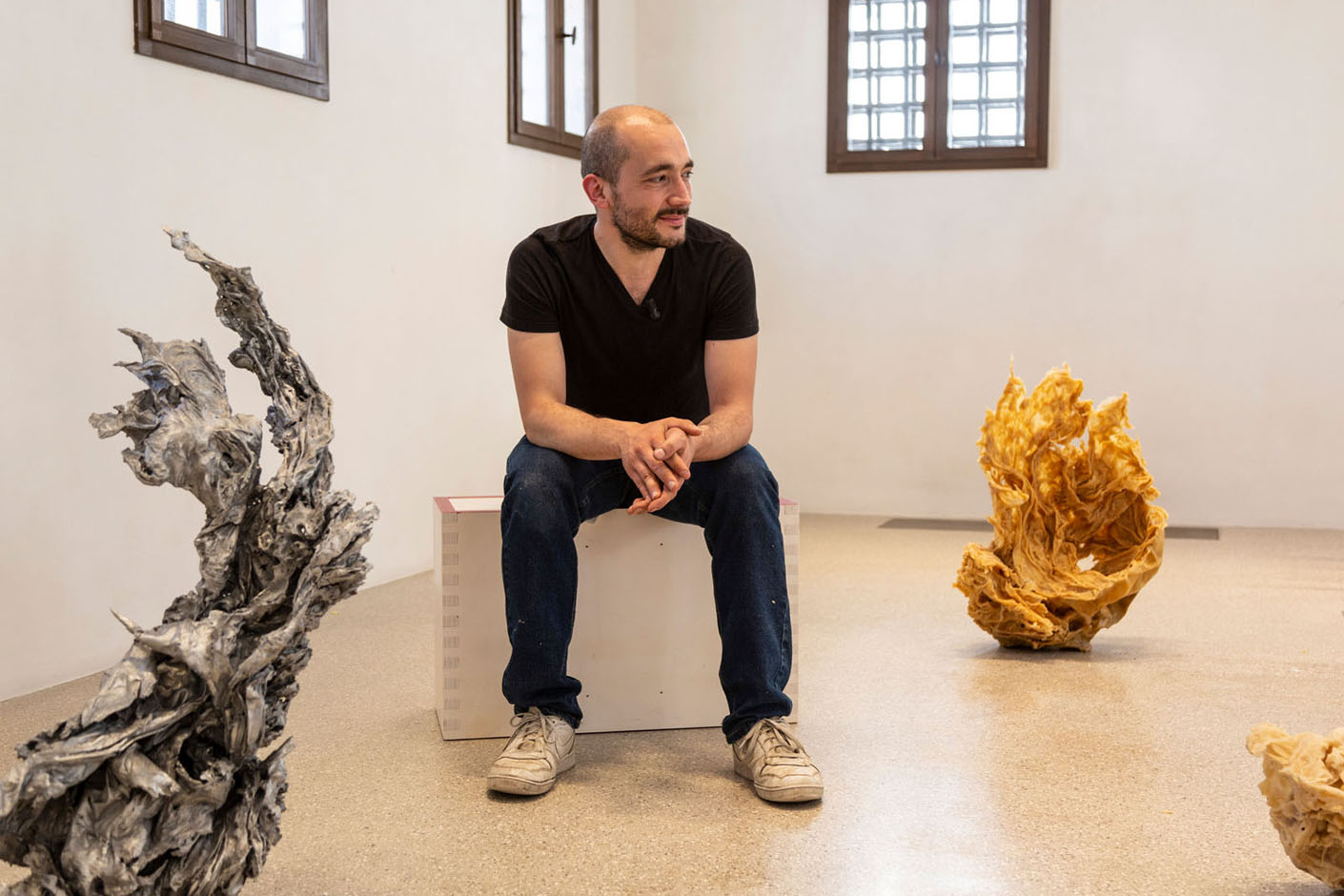 Fabio Roncato’s practice pushes boundaries and investigates the possibilities of sculptural matter as an autonomous expression of forms and processes. This series, entitled Momentum, is centred on the analysis of the perception and representation of time.

In these sculptures, Roncato captures the forms that were caused by a collision between two liquid elements: hot wax and the freezing waters of the Brenta river. Giving up the sculptor’s handwork, Roncato elects to instead let the cold flow mould the wax, carving and digging canals on the soft surface. In this way, the water shapes out a form that is still in tension, a cast that is different every time so that it crystallises time and matter within the space of a few seconds. Purposely placed in conversation with Trevisani’s installation, the works by Roncato tell us about a suspended and granular temporality; the moment becomes a measure of a time that is not defined by our clocks, but transcends the human lifespan within a circle that comprise the entirety of nature.