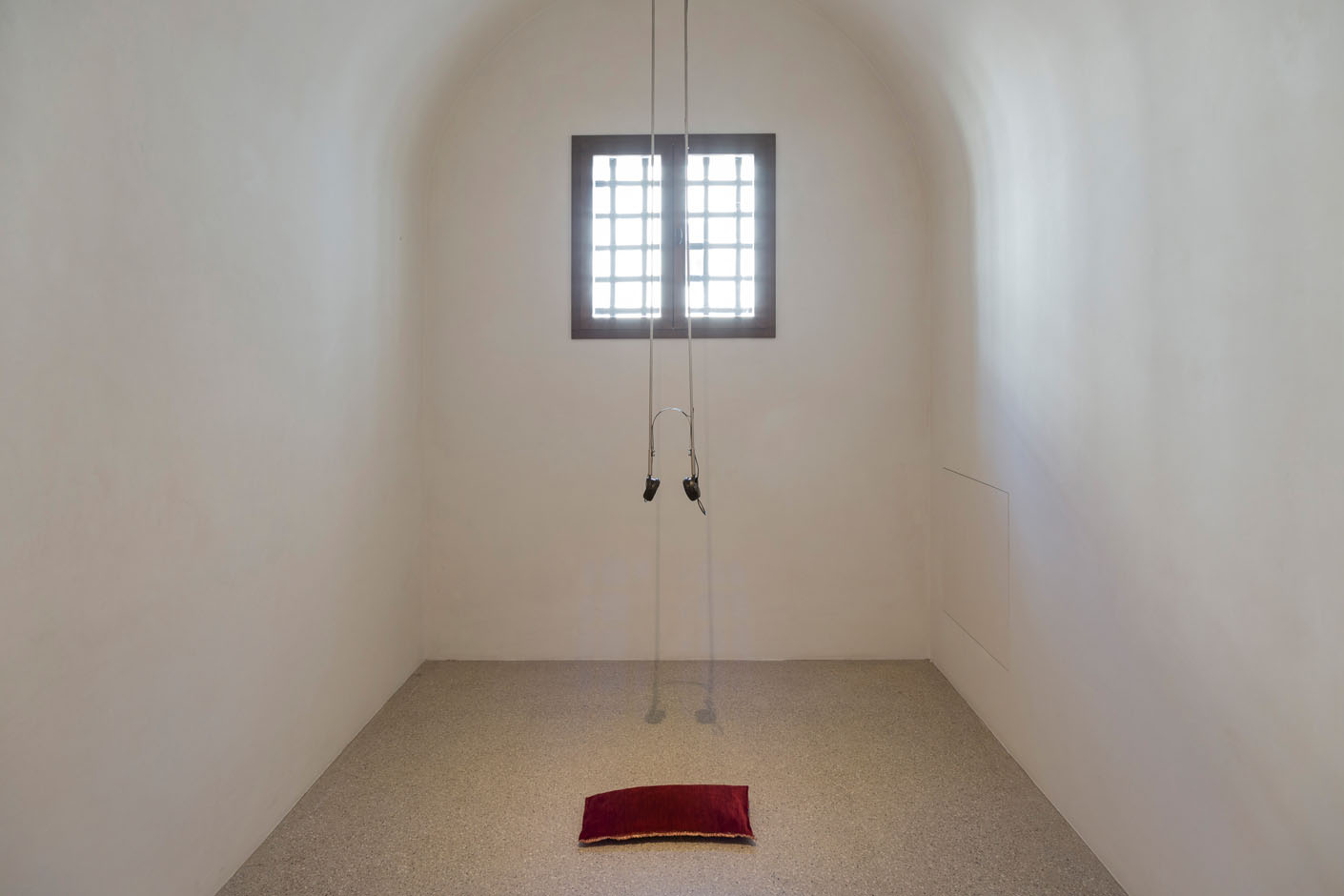 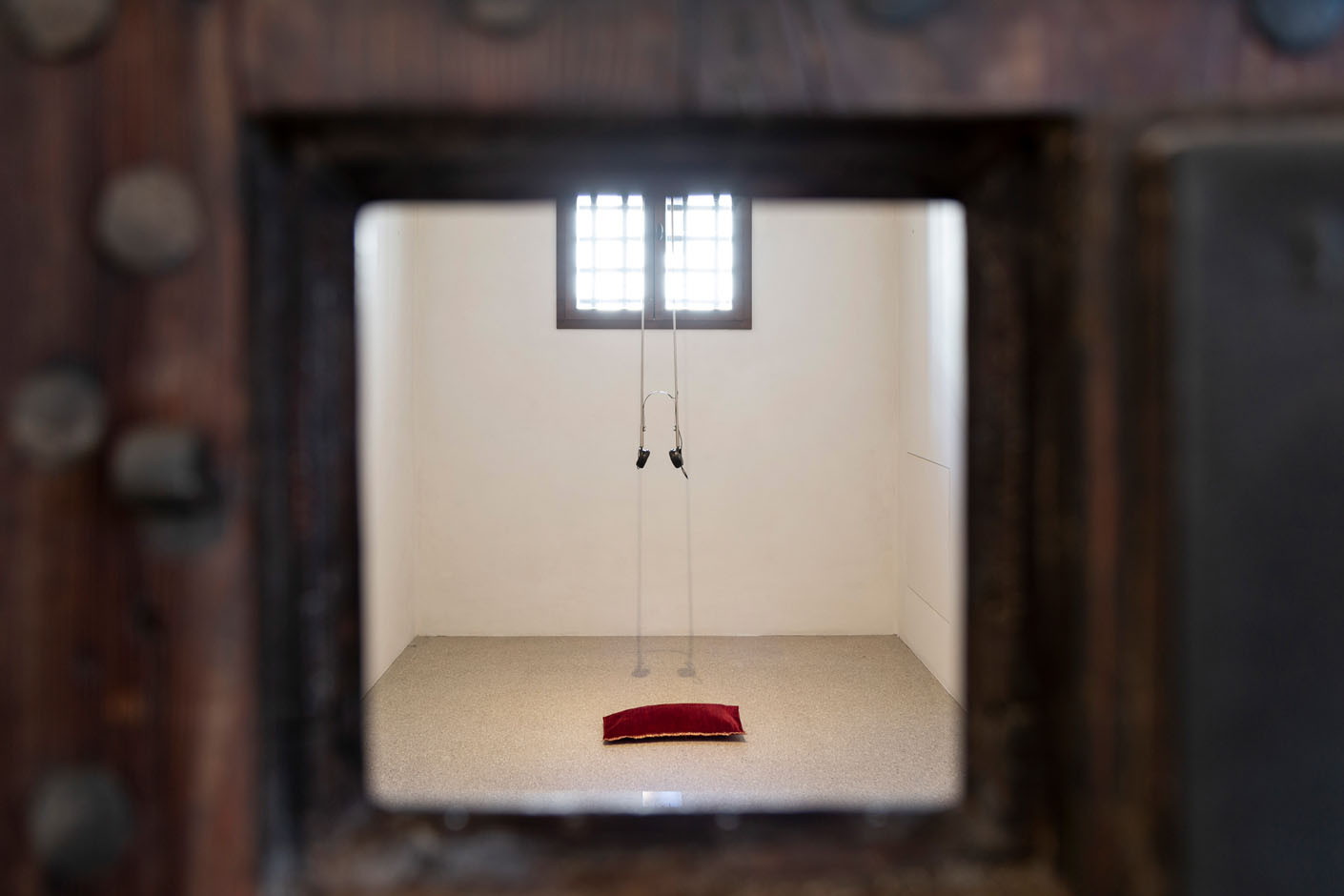 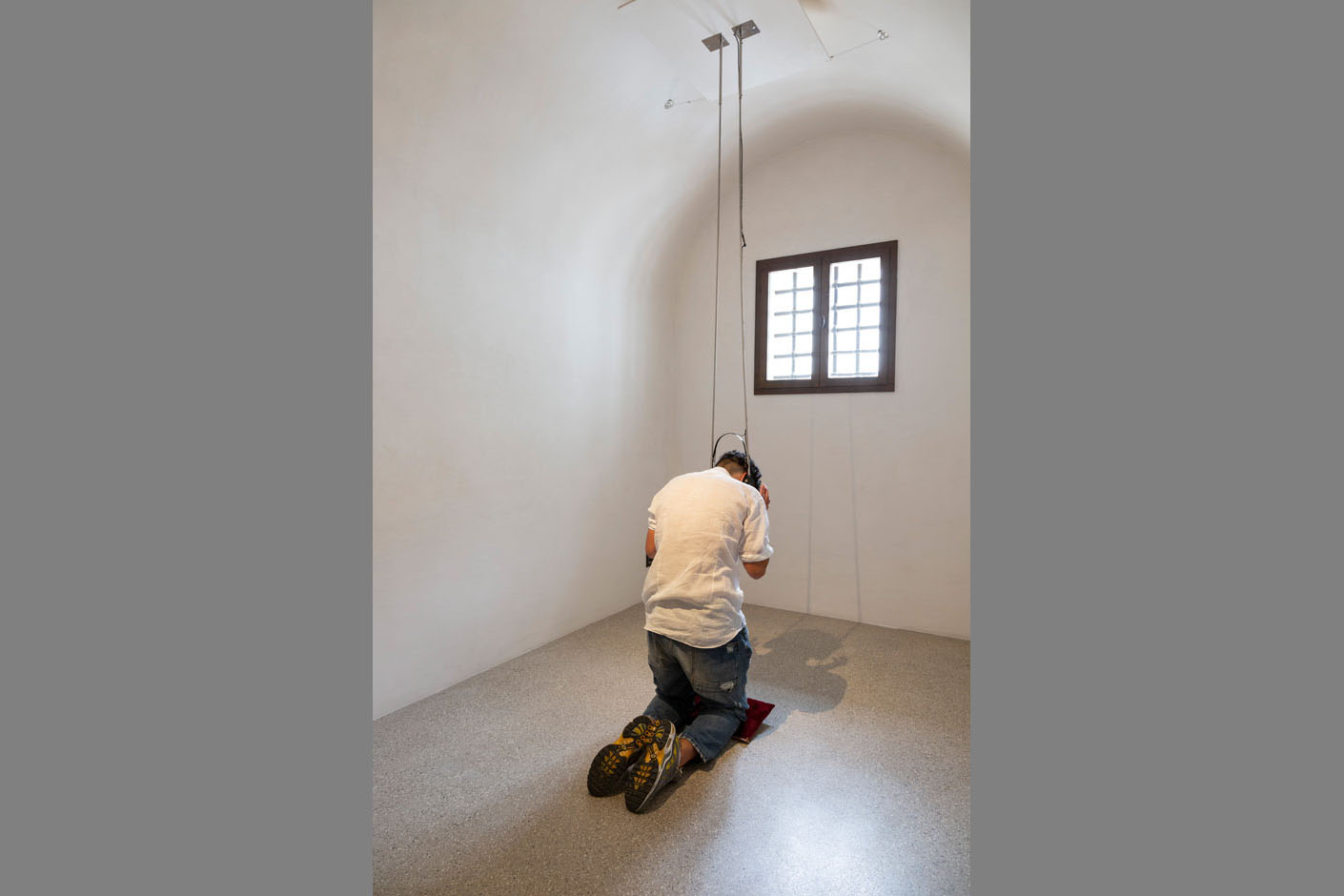 “Language is a skin: I rub my language against the other. It is as if I had words instead of fingers, or fingers at the tip of my words. My language trembles with desire.” With these words, the semiologist Roland Barthes reflects on the declaration of love in his famous book A Lover’s Discourse: Fragments. Also in I See You – Ti Vedo, language becomes palpable, wrapping us inside a binaural audio, where Beraha’s voice immerses us 360 degrees in a poetic love declaration for an unknown subject. Through poetry, the artists and the listener entertain a fleeting but intimate and touching relationship, in which the sweetness of the sentiment merges with tactile sensations that lead to a journey towards a dark and inhospitable world through an uncomfortable and disturbing intimacy. This is a manifestation of love but also of power in a reversal of perspective: the declarer is immaterial and invisible, while the receiver is kneeling and helpless. The verses, composed by Grimaldi Donahue and Beraha, express an indefinite, open, haunting form of love.

Allison Grimaldi Donahue (Middletown, 1984) She is a poet, writer and translator. She is the author of Body to Mineral (Publication Studio Vancouver, 2016) and On Endings (Delere Press, 2019). She writes for Los Angeles Review of Books, Brooklyn Rail, BOMB, FlashArt, and Nero. She performed at Gavin Brown Rome and Hyper Maremma, Tuscany in 2019. She has been resident writer at New York Center for Book Arts and Nuovo Forno del Pane, MAMBo.