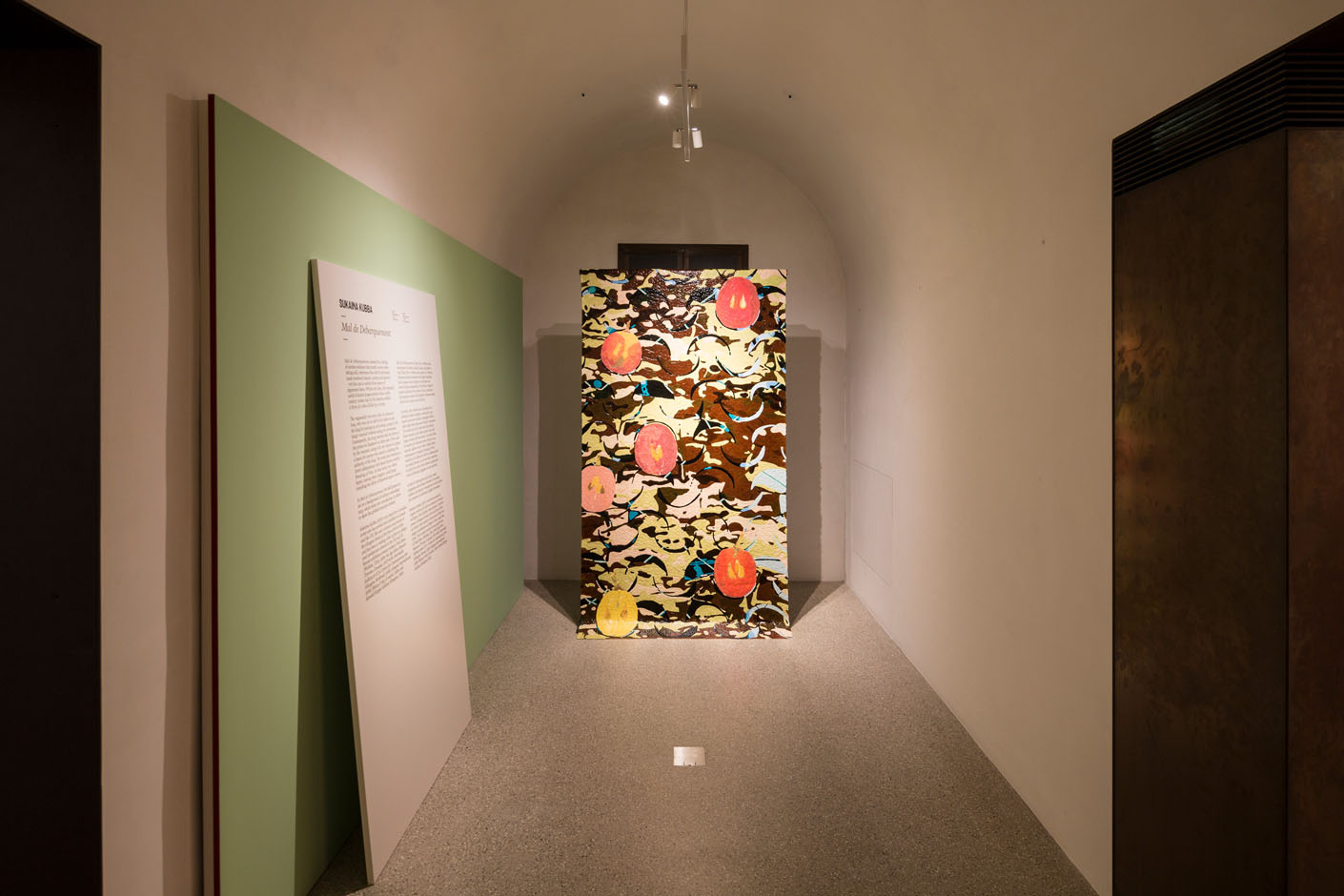 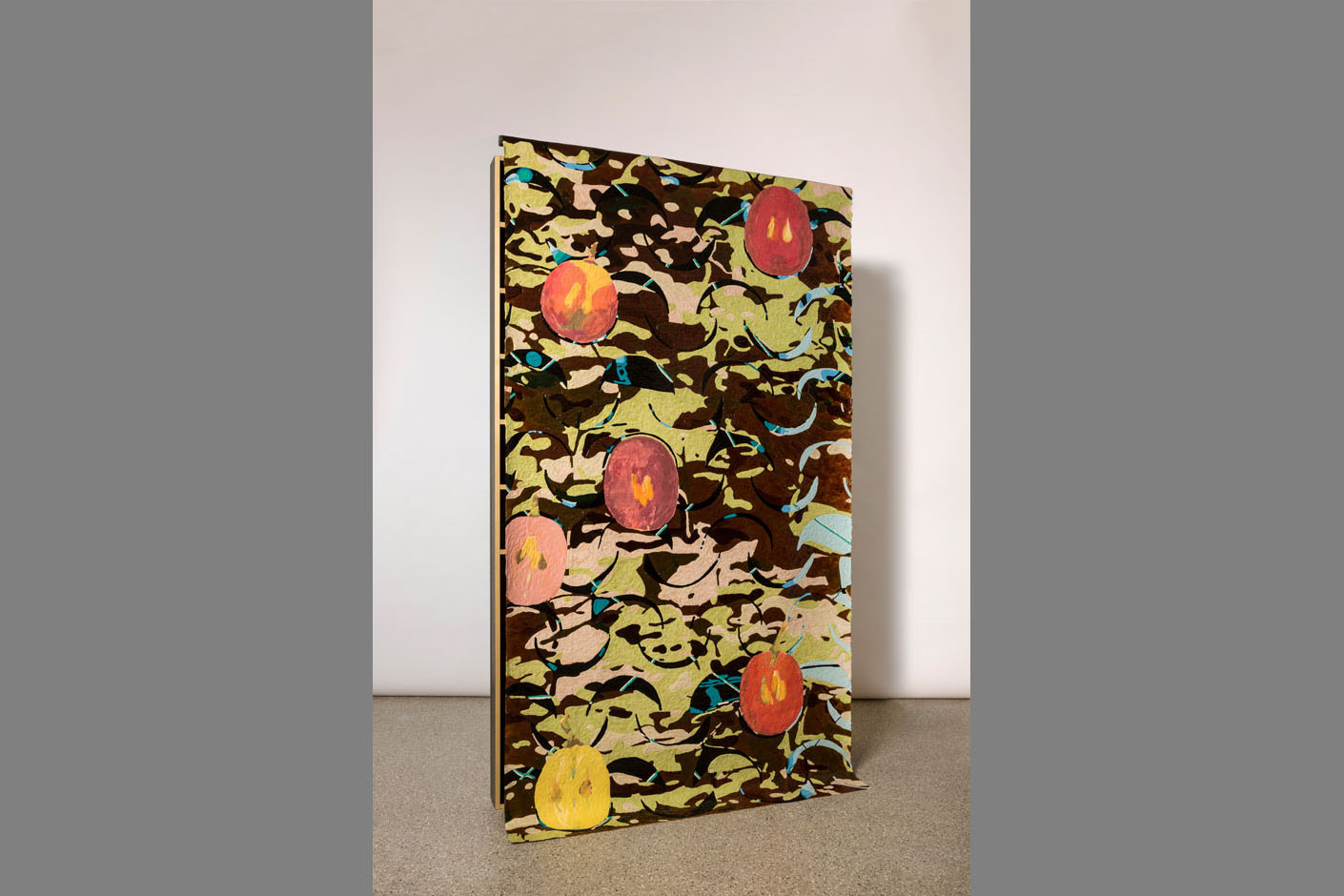 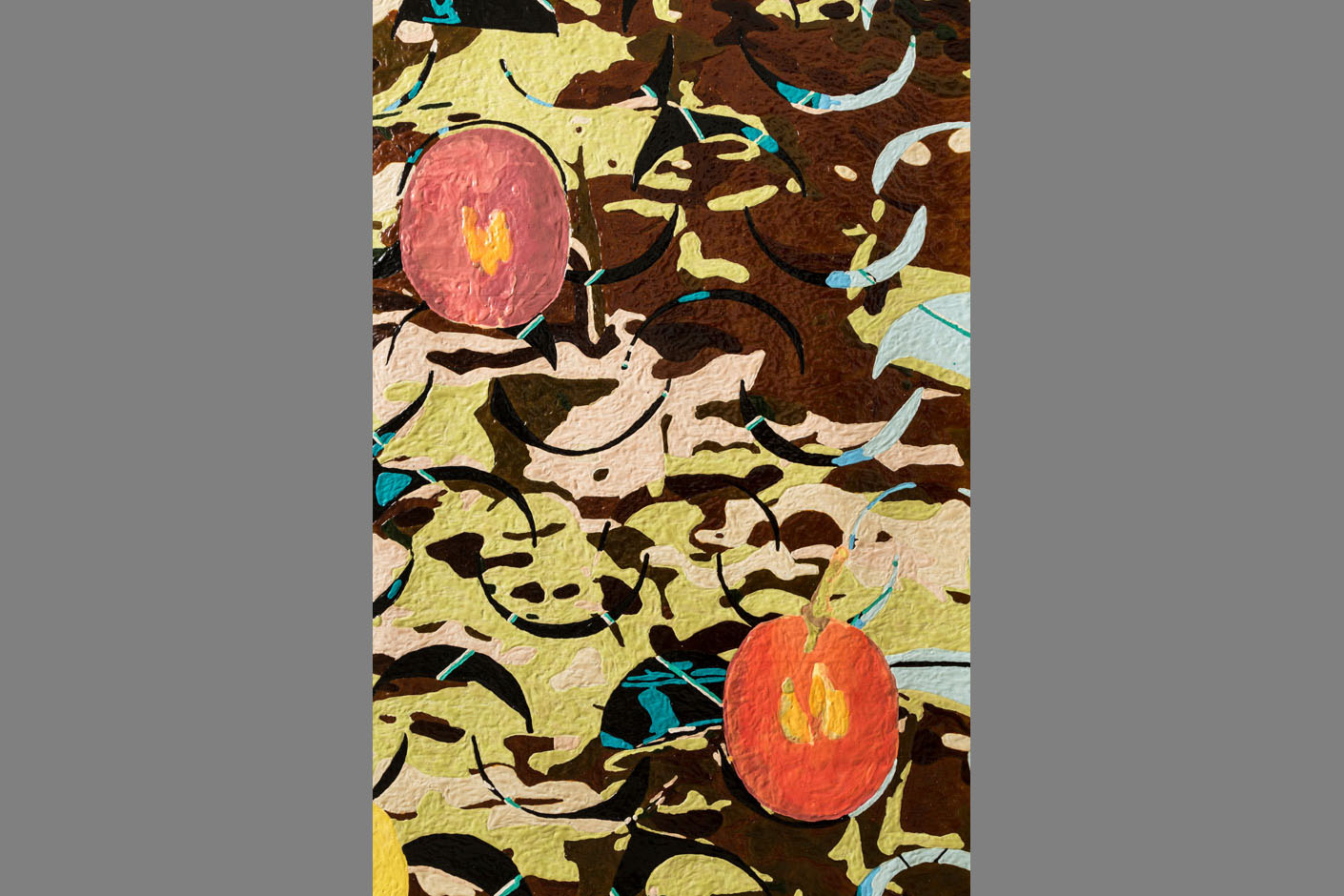 Mal de Debarquement, named for a feeling of motion sickness that mostly occurs when sitting still, references the craft of intricately made medieval Islamic carpets and tapestry – yet this one is crafted from layers of pigmented latex. Within the latex, the repeated motif of halved grapes derives from a 14th- century Arabic tale by Ibn Battuta entitled A Story of a Man Killed by a Grape.

The supposedly true story tells of a prince in Iraq, who was cut in half by his father-in-law the king for picking up and eating a grape in the king’s vineyard without asking for permission. Consequently, the king ordered that the halves of the prince be displayed on either side of the road by the vineyard, along with two halves of a grape: a lesson for anyone who dared to challenge the authority of the king. The motif also references a 2006 collaboration with Sarah Rooney entitled Breaking of Voice. In that work, two videos depict, among other imagery, a half grape travelling the alleys of Montreal upon a mirror. In Mal de Debarquement, the half grapes are set on a background of military camouflage tarp, which fades into translucency in places to show the gridded structure behind.

Sukaina Kubba (1975) is an Iraqi-born Canadian artist who has worked and exhibited in Canada and the UK. She was a lecturer and curator at the Glasgow School of Art from 2013 to 2018 and has been a visiting critic in fine art, design, and architecture schools in the UK and US. Recent exhibition venues include Fisch Haus (Wichita, USA), 2019; the Aga Khan Museum (Toronto, Canada), 2017-2018; Intermedia Gallery at CCA: Centre for Contemporary Arts (Glasgow, Scotland), 2016; Glasgow International 2016; Hilary Crisp (London), 2014; and Kendall Koppe Gallery (Glasgow), 2013.