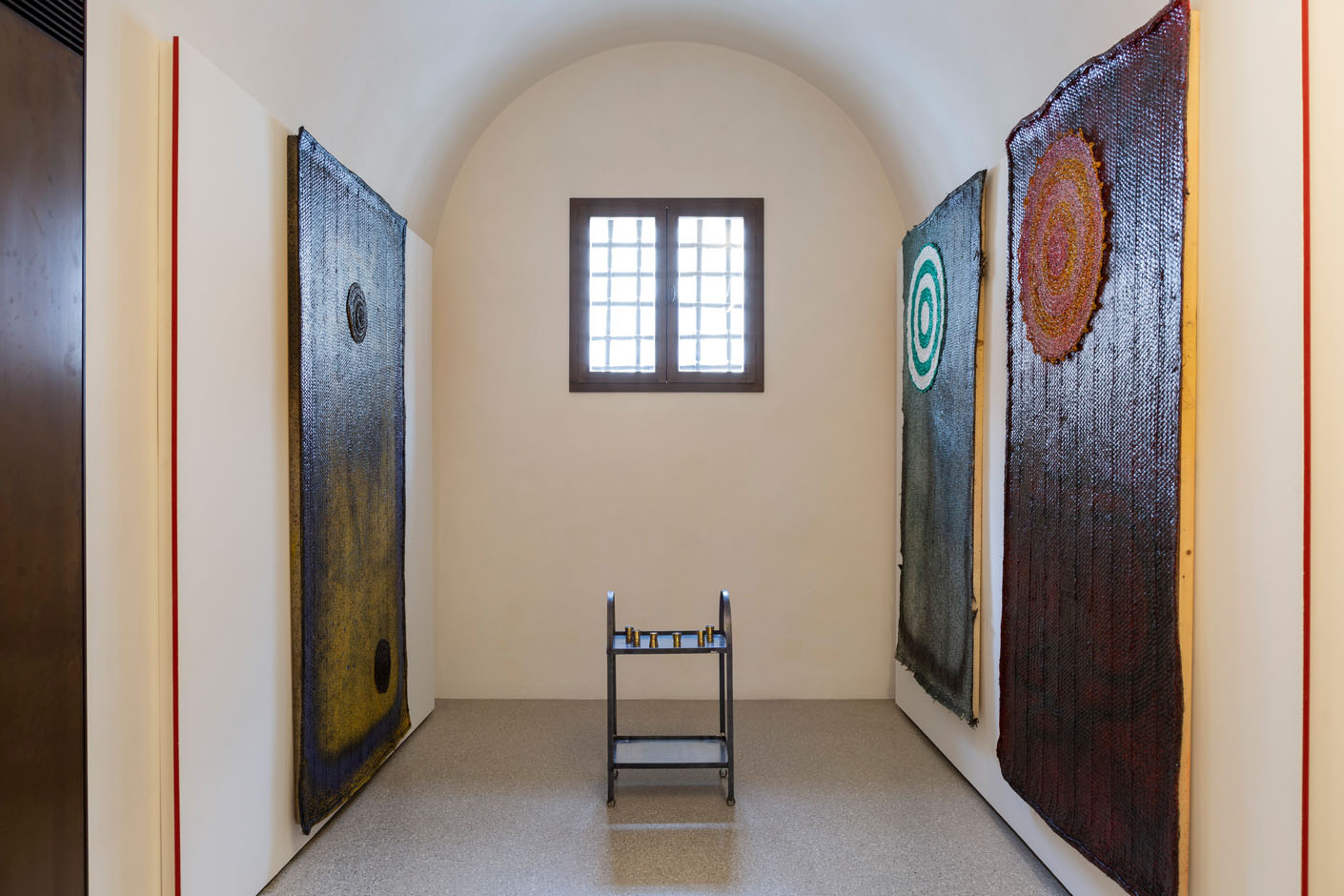 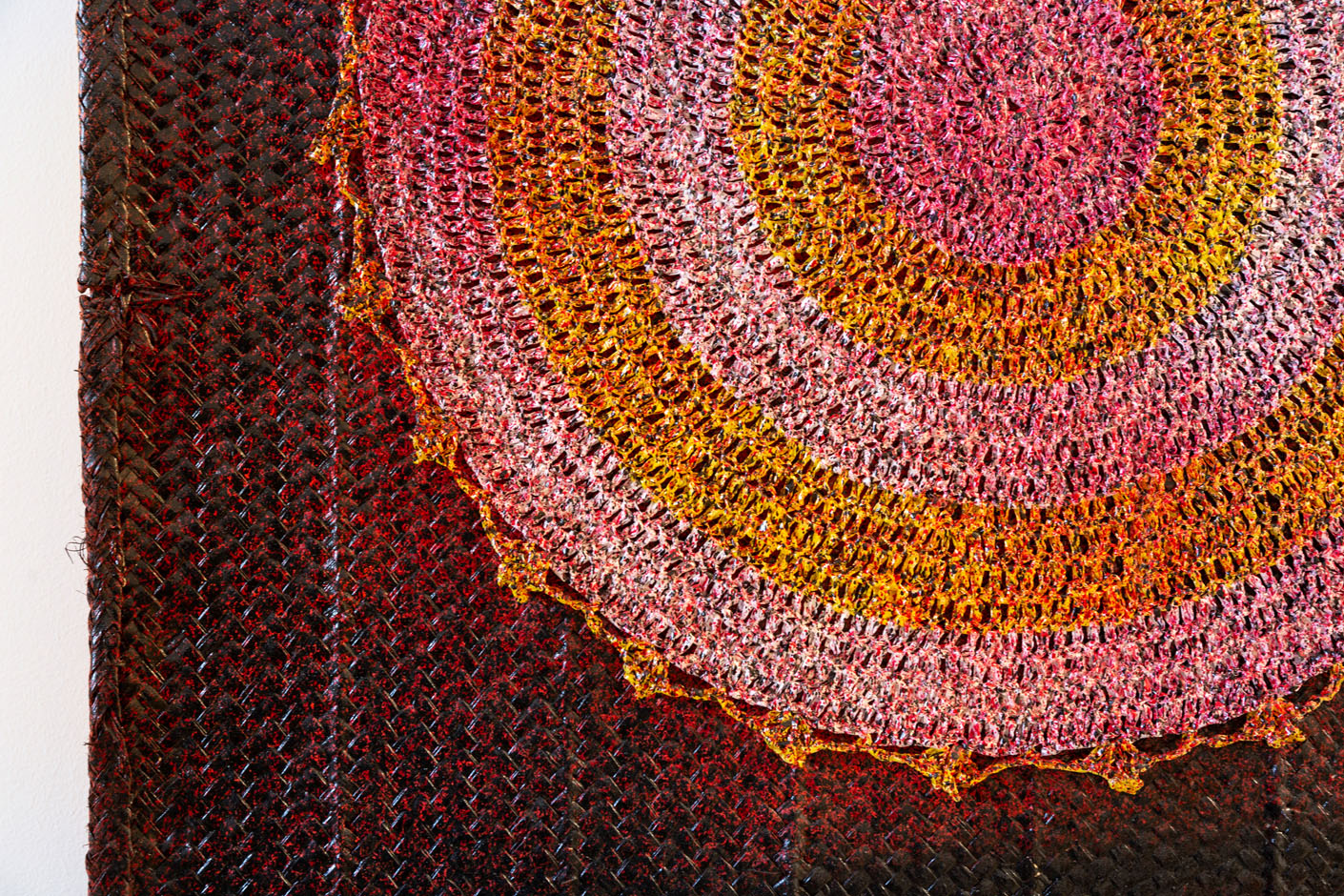 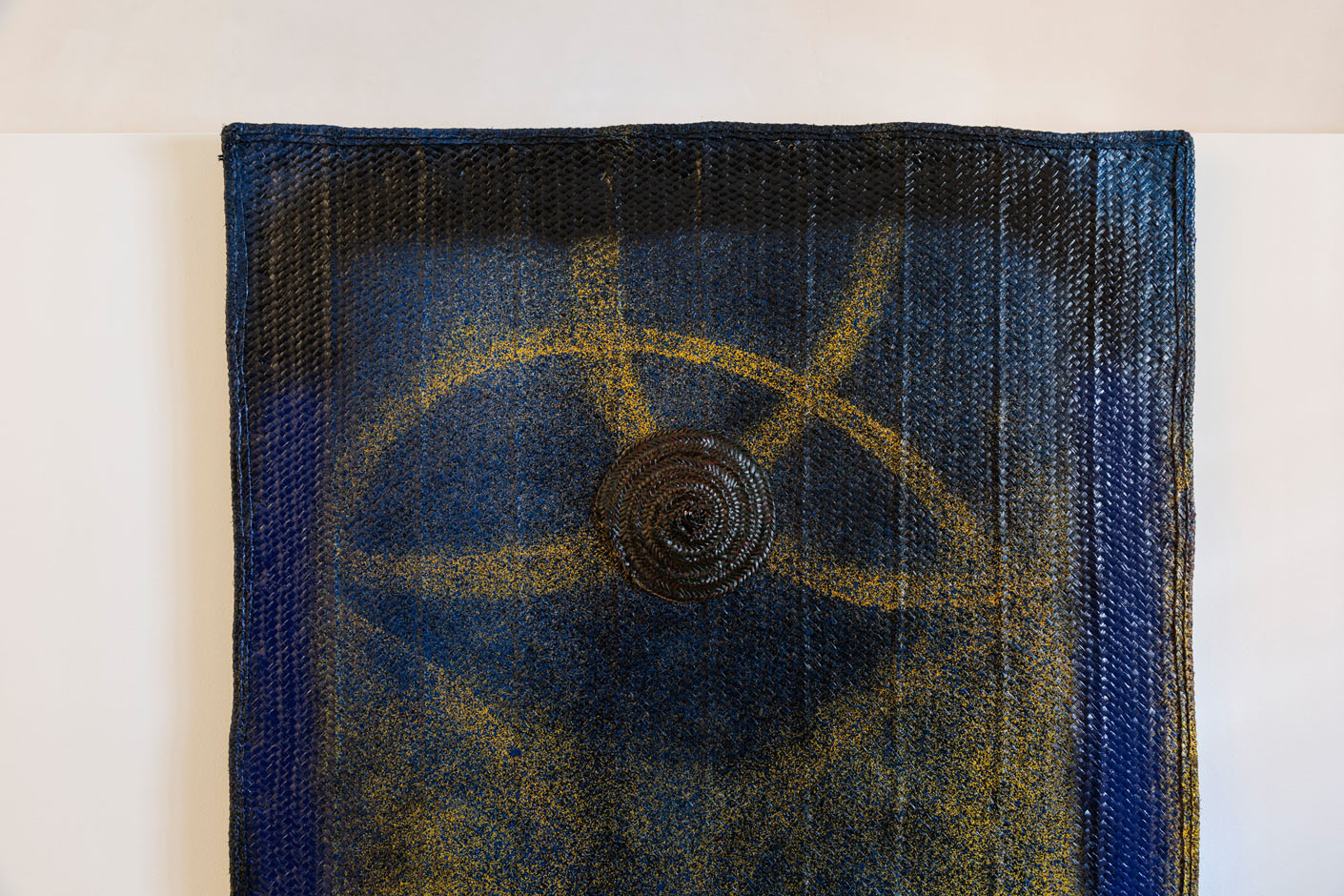 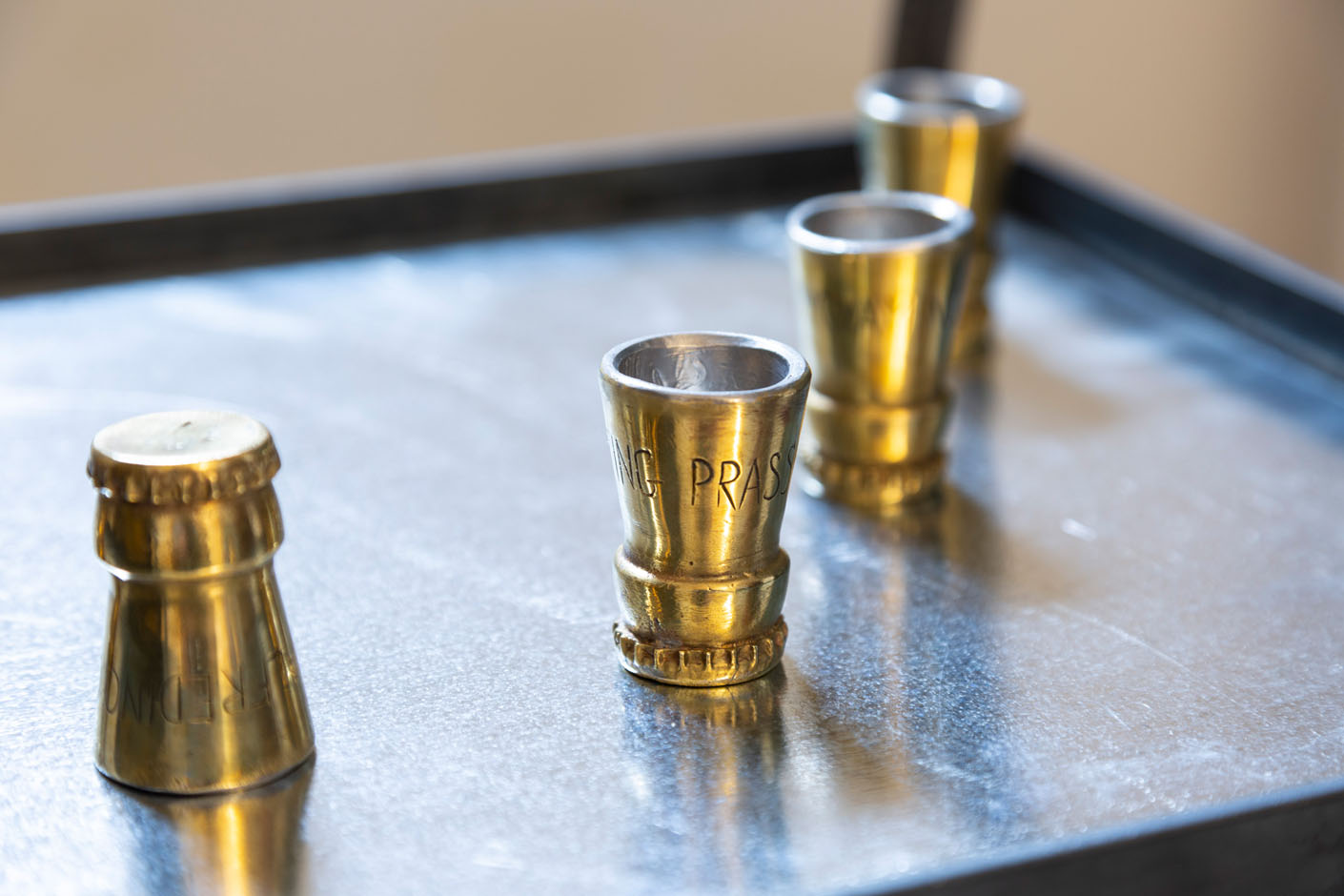 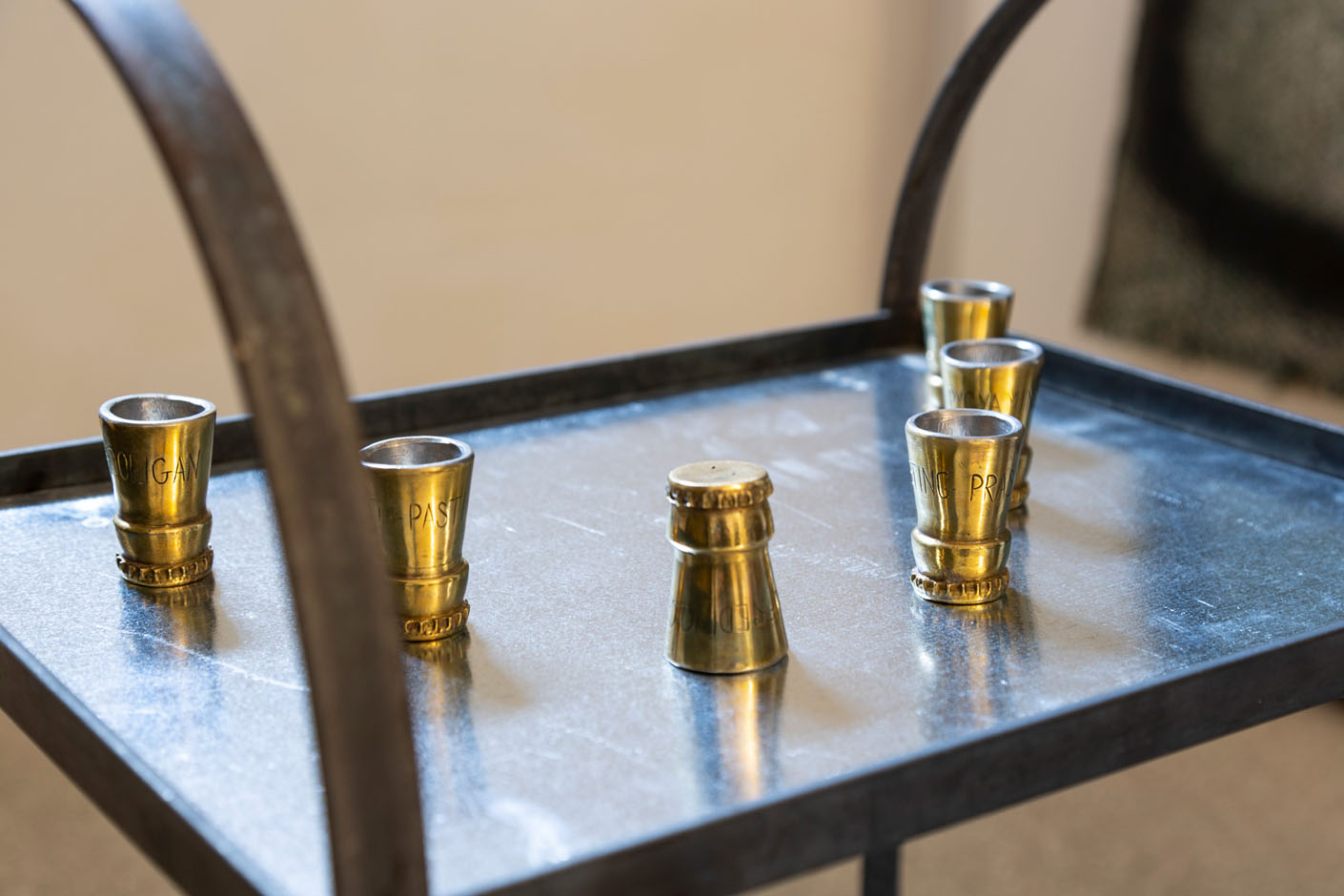 Gianluca Concialdi’s practice effortlessly mixes high and low culture, interpreting the ambiguous yet fascinating sense of promiscuity that we encounter in the Mediterranean area, particularly in his hometown of Palermo.

Moving on the boundary between painting, sculpture and installation, his aesthetic is fueled by a syncretic coexistence between different times, cultures and spiritualities, along with a peculiar sense of improvisation and of “make do” that characterises social dynamics in the islands.

This series of new works, made on palm matting and coated in gelatine, are populated by mysterious figures and symbols that emphasise the possibility of another surreal and metaphysical dimension that might hide beneath the mundane reality of our daily lives.

Nearby, a trolley bar invites us to the thrill of a drink and to the excitement of our senses beyond the ordinary, which could result in a magical mysticism and unprecedented visions of our reality.