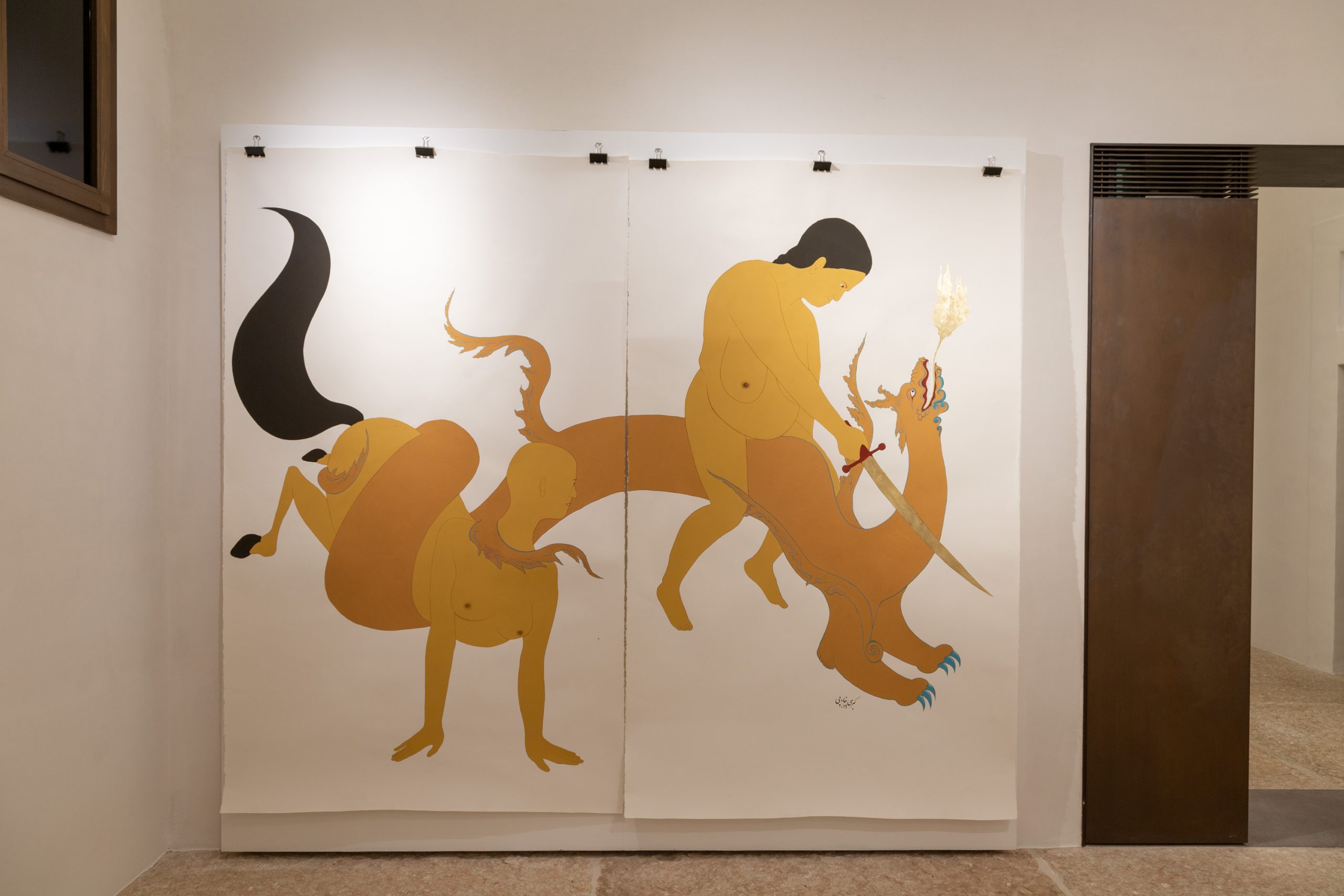 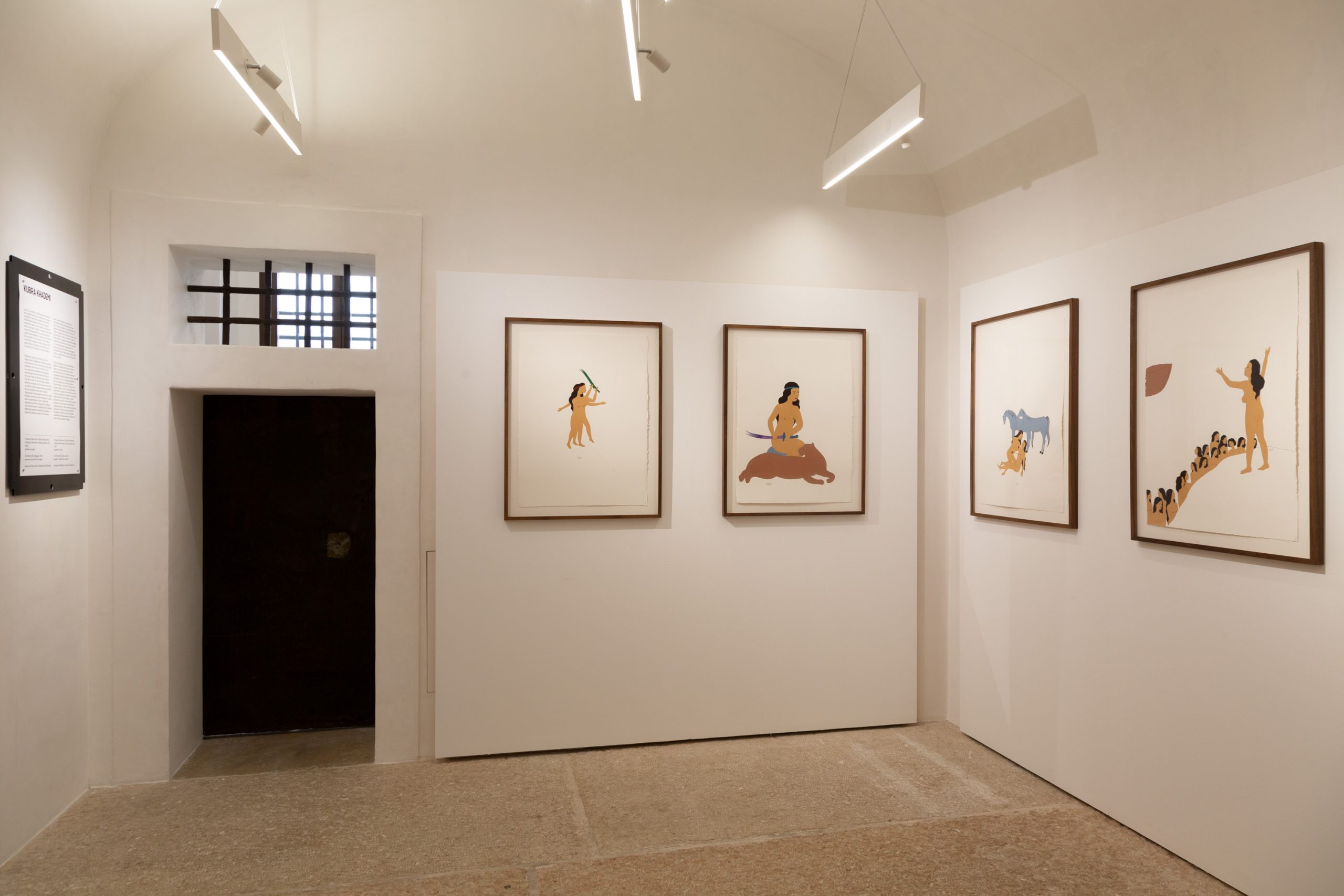 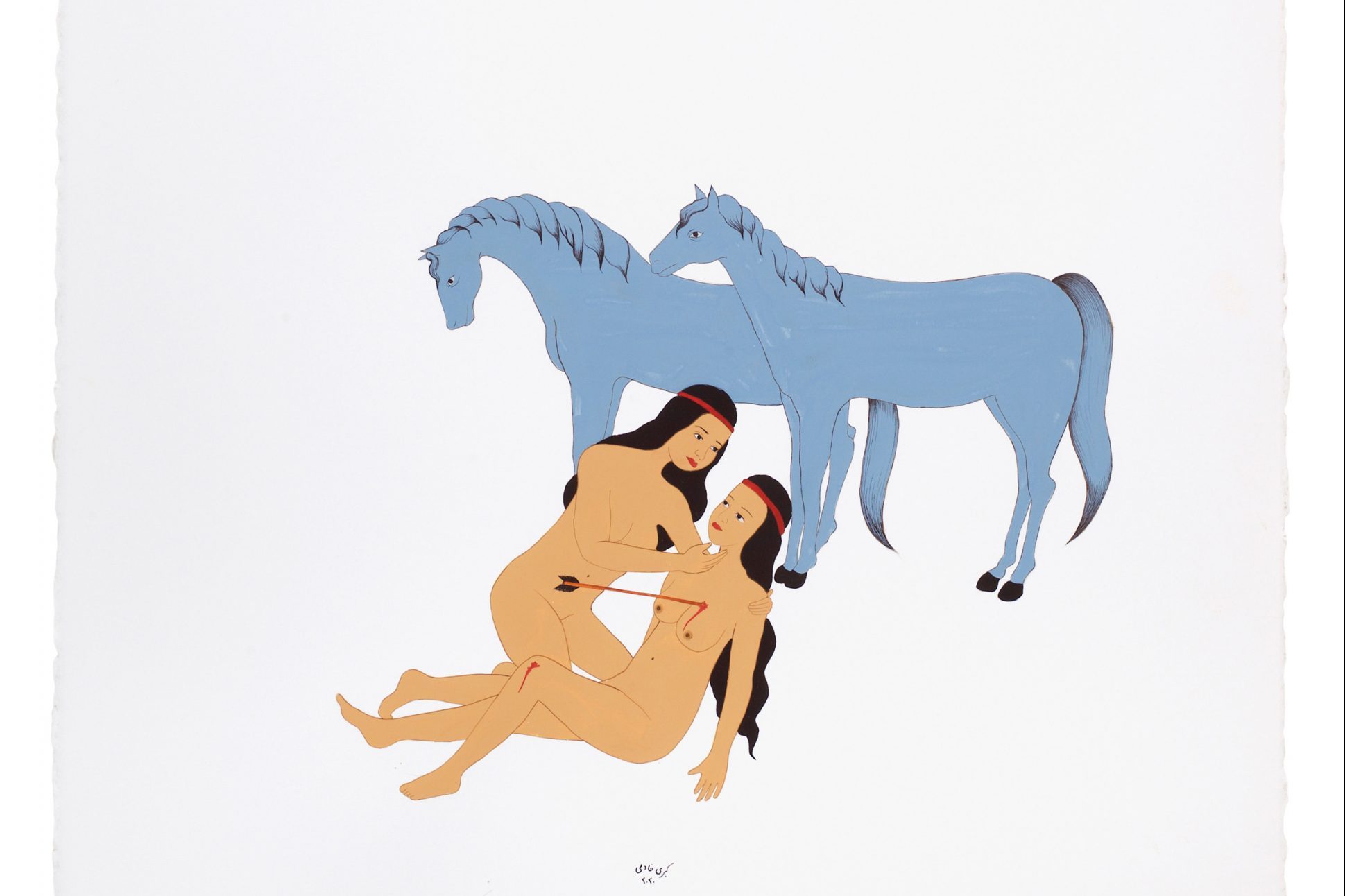 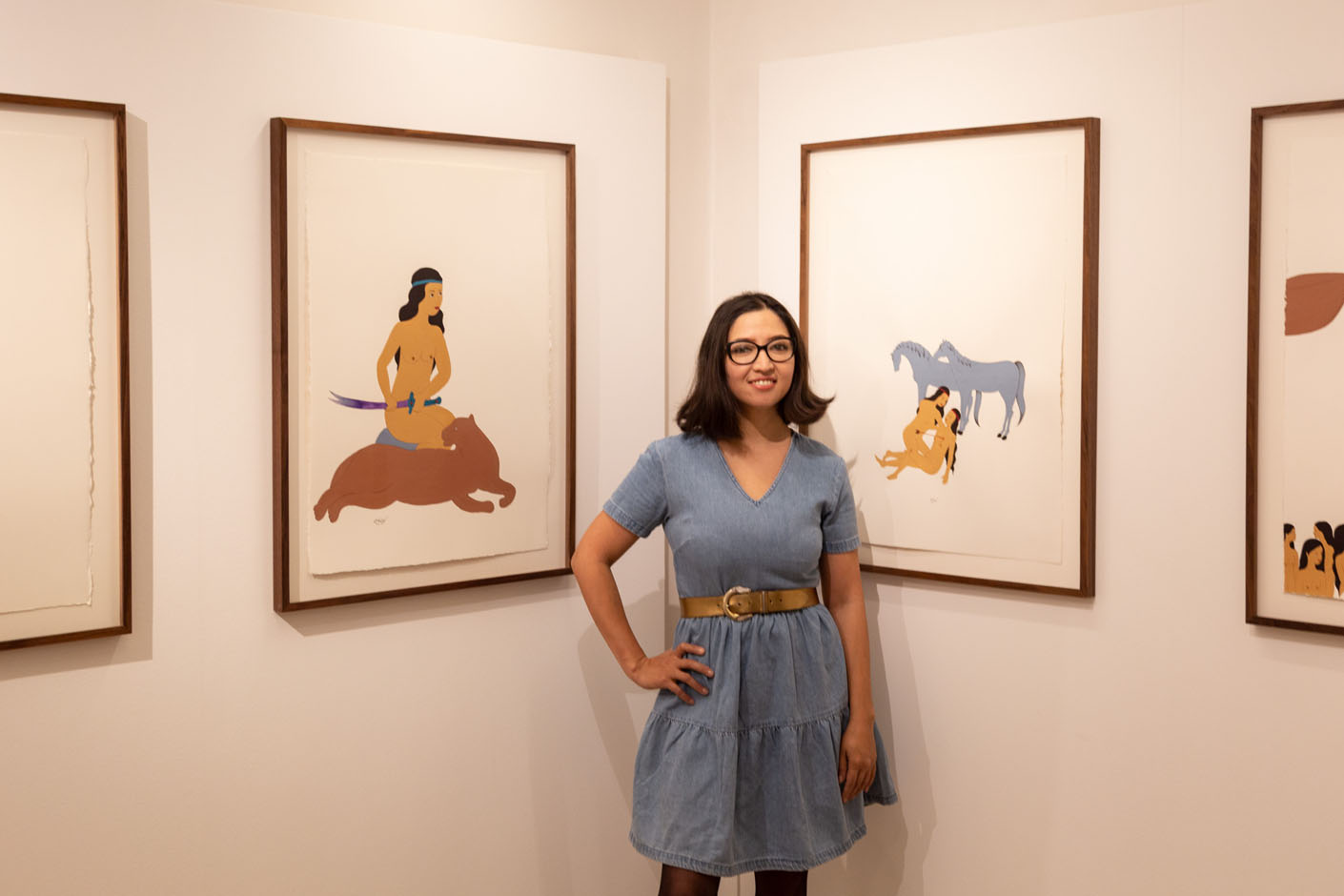 2019, gouache and gold leaf on paper. Courtesy of the artist and Galerie Eric Mouchet

2020, series of gouache on paper. Courtesy of the artist and Galerie Eric Mouchet

Khademi’s work may be found in both the Imago Mundi Afghanistan Collection curated in 2013 and here as part of the broader Qatra Qatra exhibition. Once can see the work in 2013 as a preliminary exploration into a drawing style through which she finds full fruition in the series Ordinary Women and the diptych The Warm War. In all of the works, Khademi works from memory on “the stories we were told as children” about religious figures and prophets who accomplished great feats of heroism. Taking these tales and myths she heard as a child, Khademi provides us with a feminized re-reading and re-appropriation of these traditionally patriarchal narratives. Through this rebellious act of revisiting and re-realising history, Khademi effectively empowers herself and all Afghan, indeed all “ordinary women” in the process.

Kubra Khademi (Kabul, 1989) is a visual artist and feminist who explores her life as a refugee and a woman through her work. She completed her BFA at Beaconhouse National University in Lahore where she began to create public performance. After returning to Kabul, the nature of her work on sexual harassment and a male-dominated society forced Khademi to flee her home country. She currently lives and works in Paris, France where in 2016 she was given the title of Knight of Art and Literature (Chevalier de l’Ordre des Arts et Lettres) by the Ministry of French Culture.

2019, gouache and gold leaf on paper. Courtesy of the artist and Galerie Eric Mouchet

2020, series of gouache on paper. Courtesy of the artist and Galerie Eric Mouchet