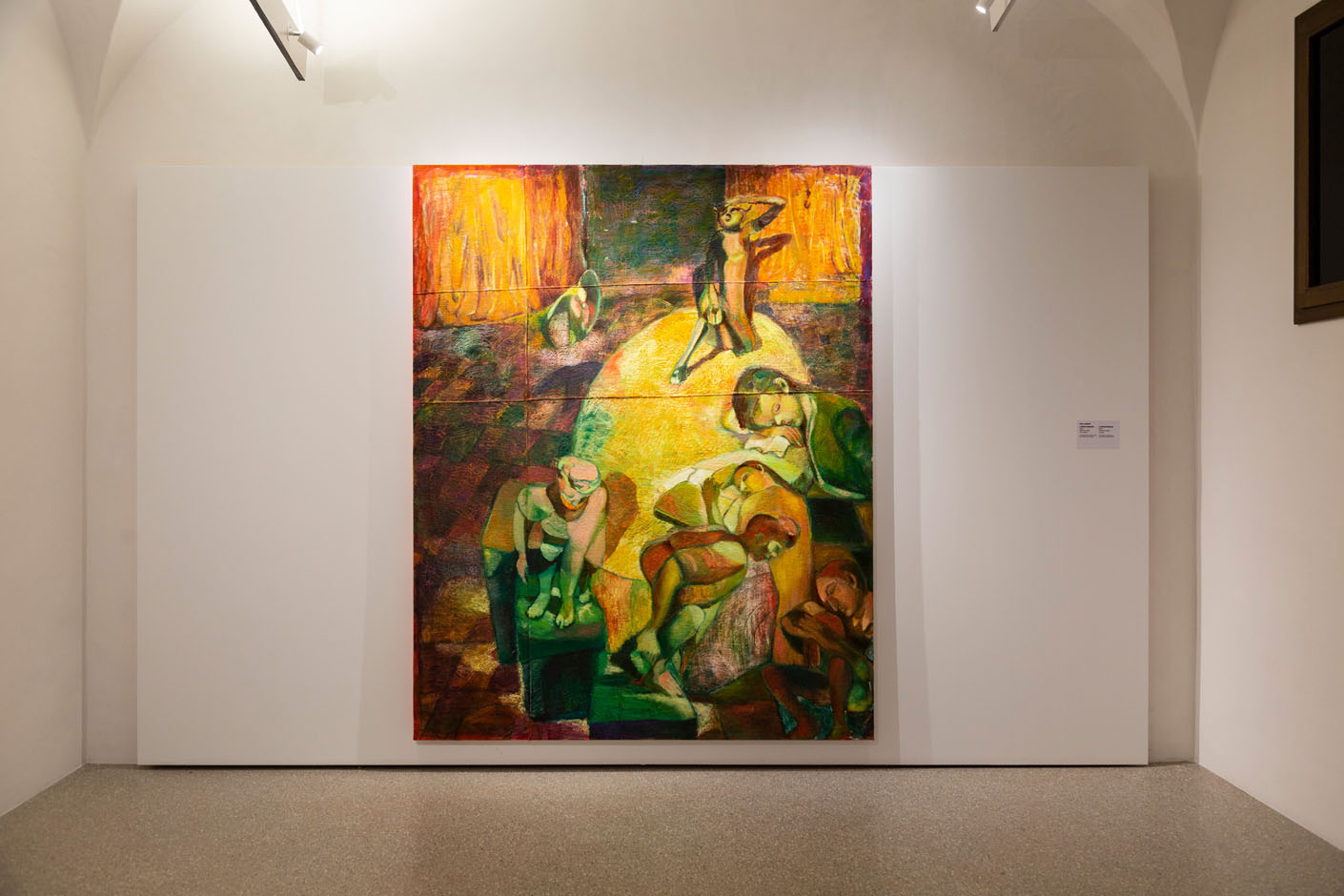 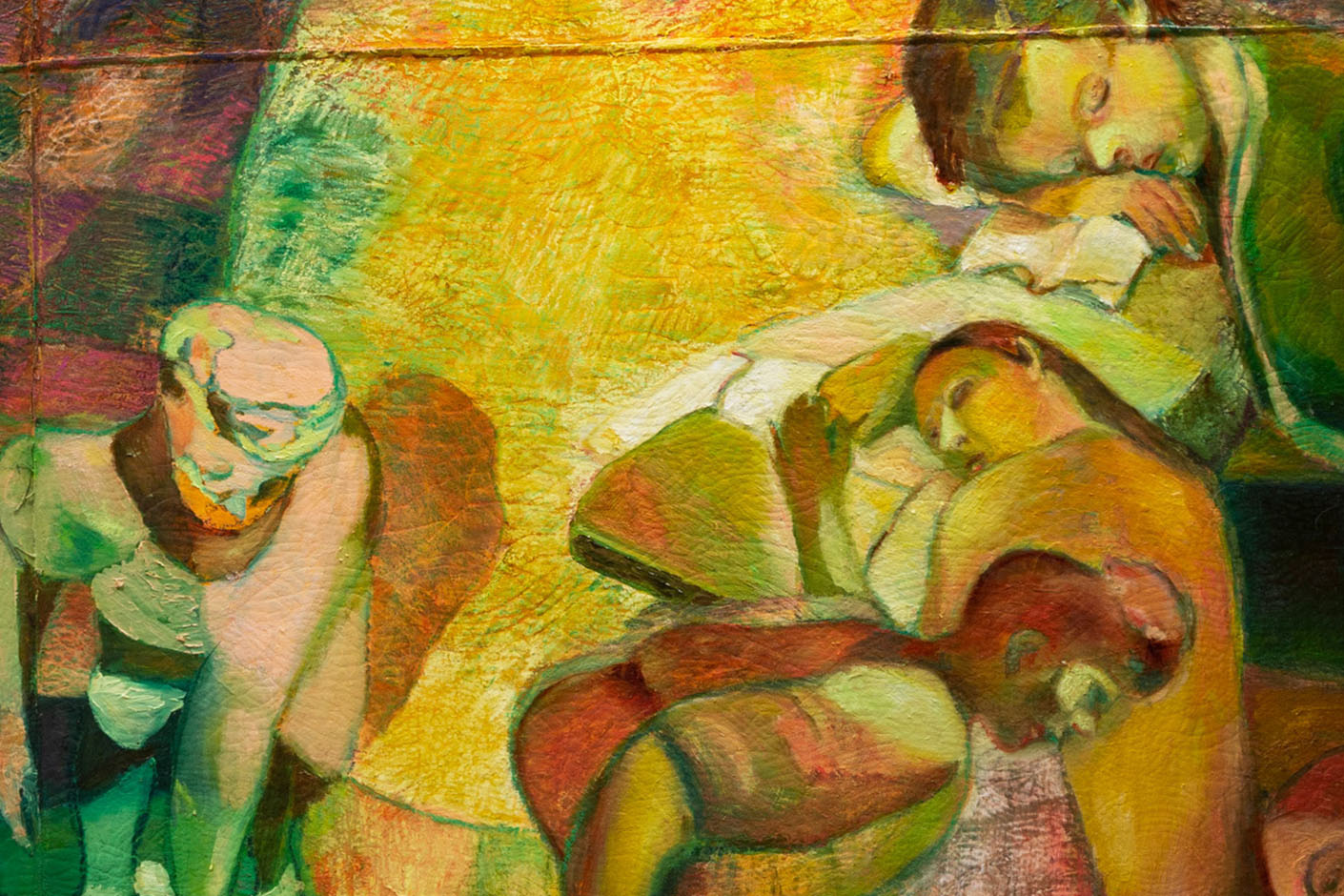 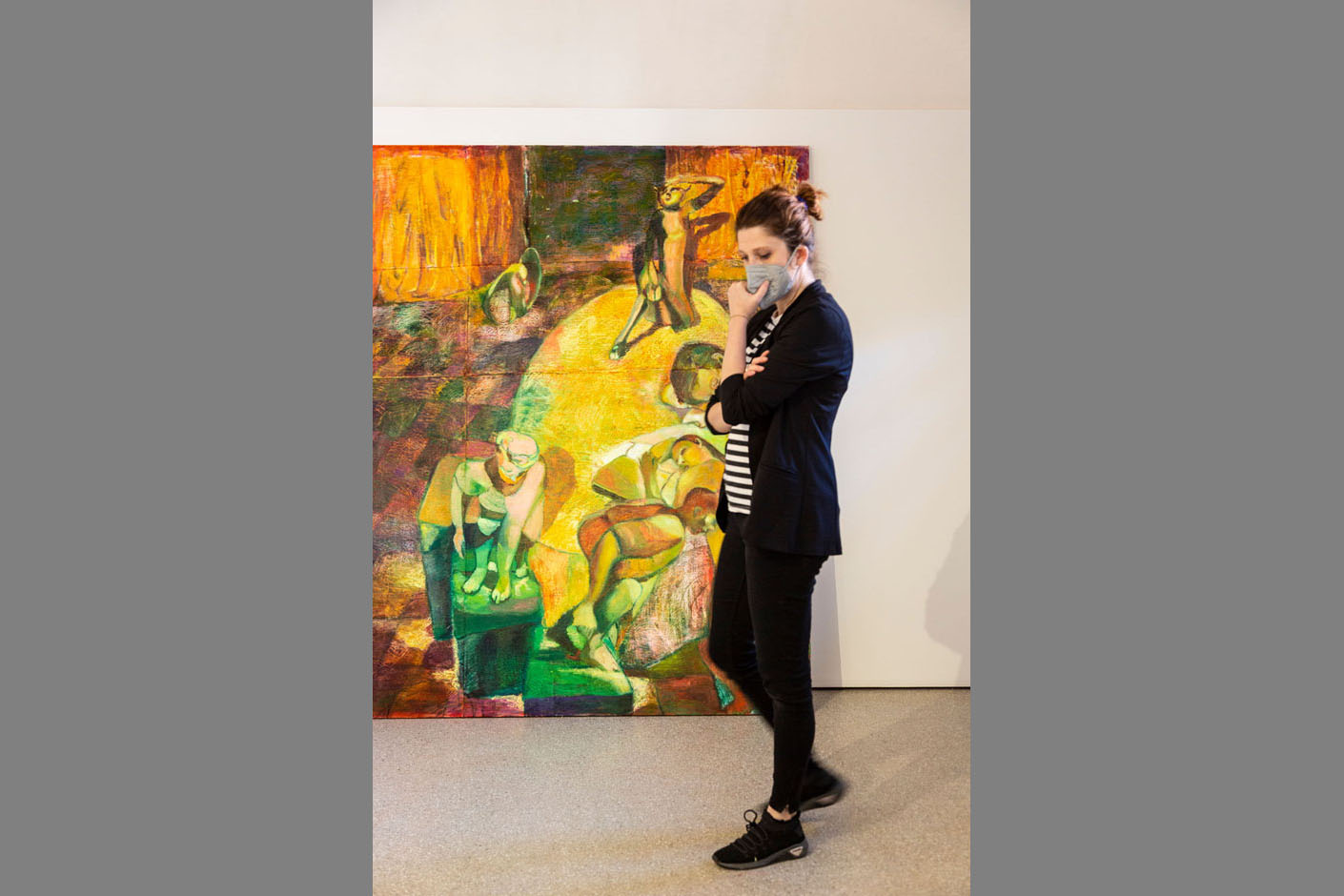 2021, Mixed technique on canvas. Courtesy the artist and Gallery Brandstrup

Paola Angelini’s research focuses on the study of pictorial language and the role of painting through history.

This previously unseen work belongs to a series that the artist began during her residency at Ca’ Pesaro in Venice. There, during the isolation of the pandemic, the artist found herself continuously confronted with the museum’s collection, particularly the paintings of the “Novecento” movement, a group that has long been neglected, due both to its ties to the fascist regime and to of a sort of preoccupation with tradition that is typical of Italian figurative art.

In this new cycle, Angelini reconciles herself with the rich visual and artistic heritage from the past, consciously appropriating the same palettes and tendencies of formal purification. With its stratified pictorial matter, this monumental work represents a mature reflection on the past and future identity of Italian painting, starting from its historical heritage.

2021, Mixed technique on canvas. Courtesy the artist and Gallery Brandstrup