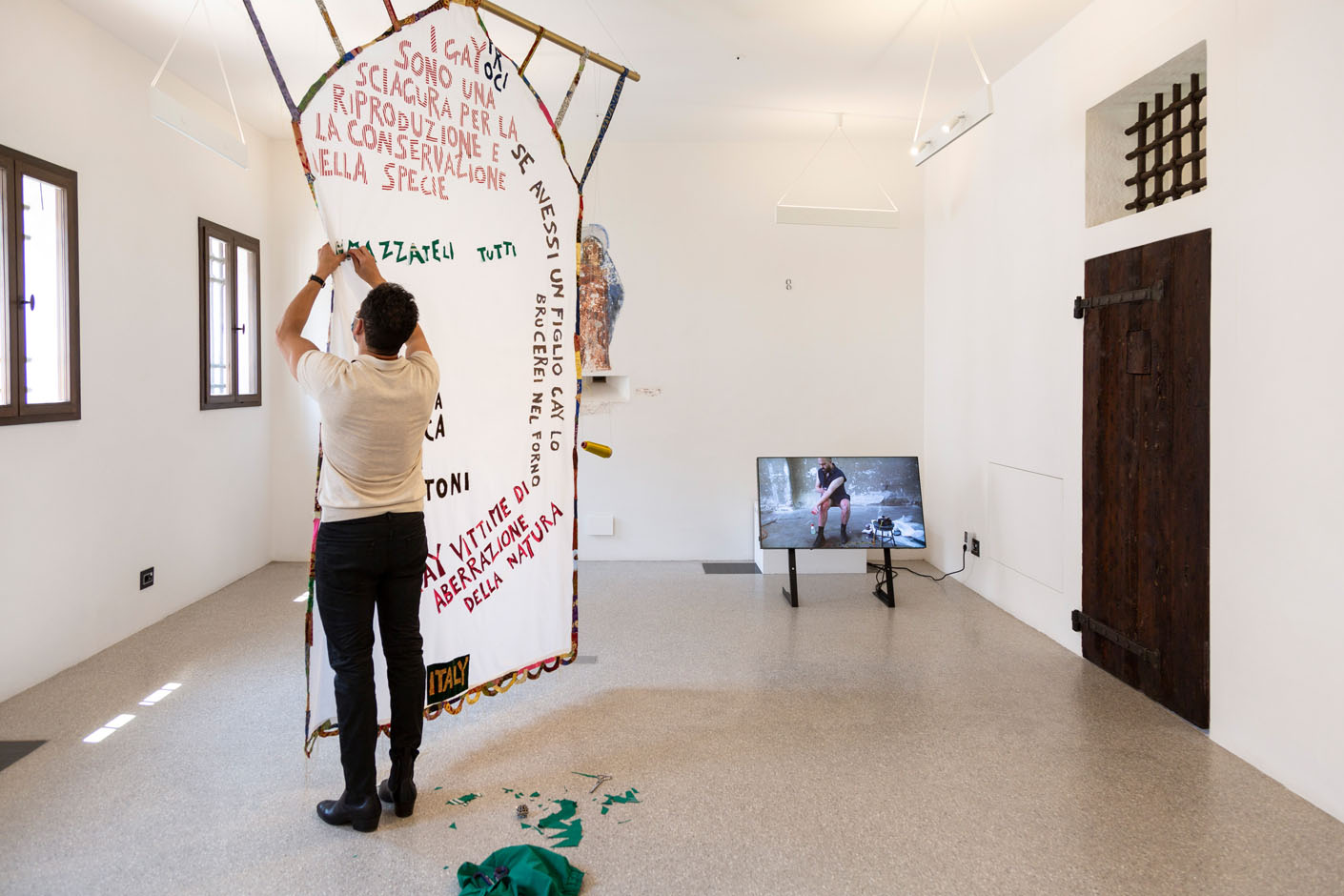 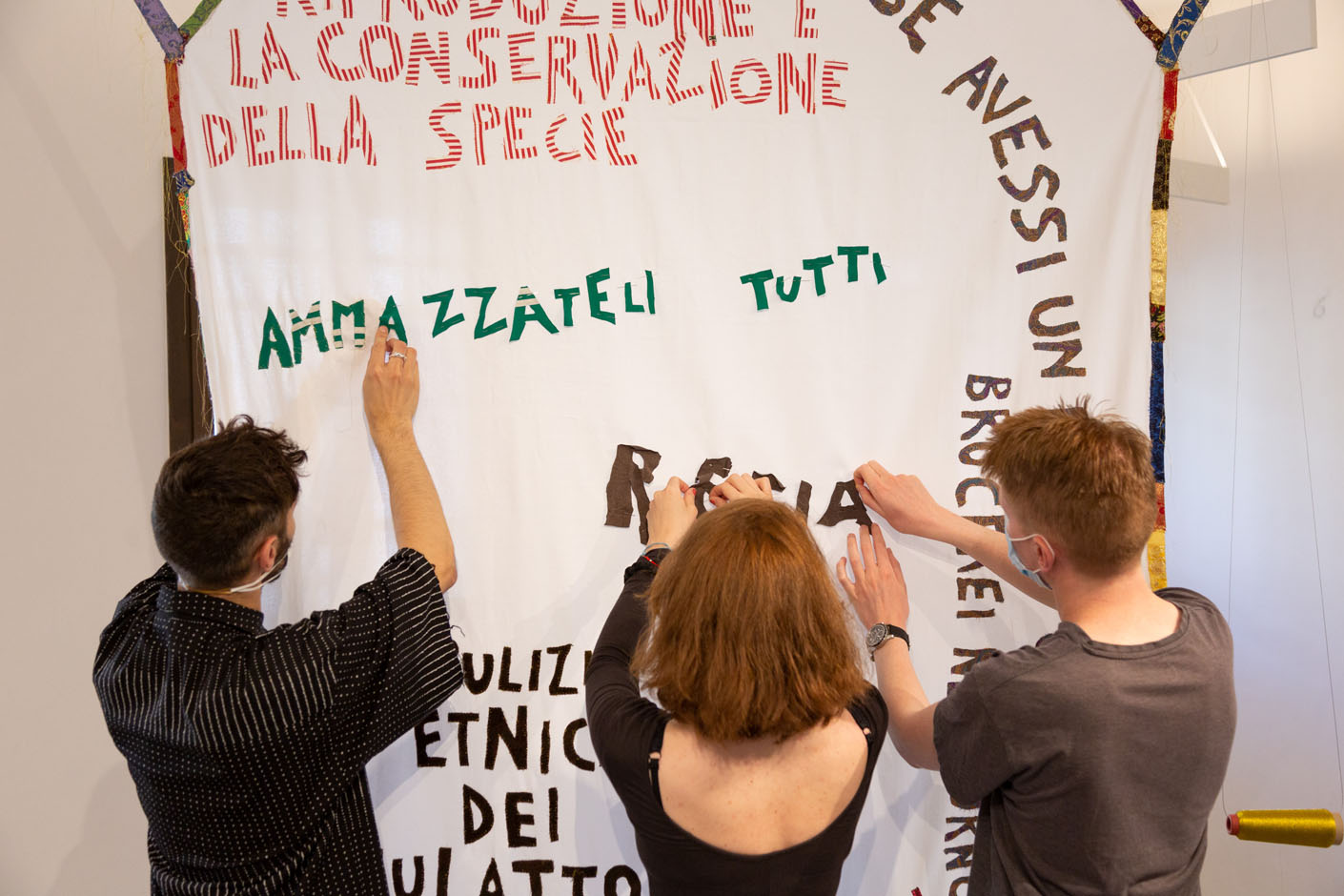 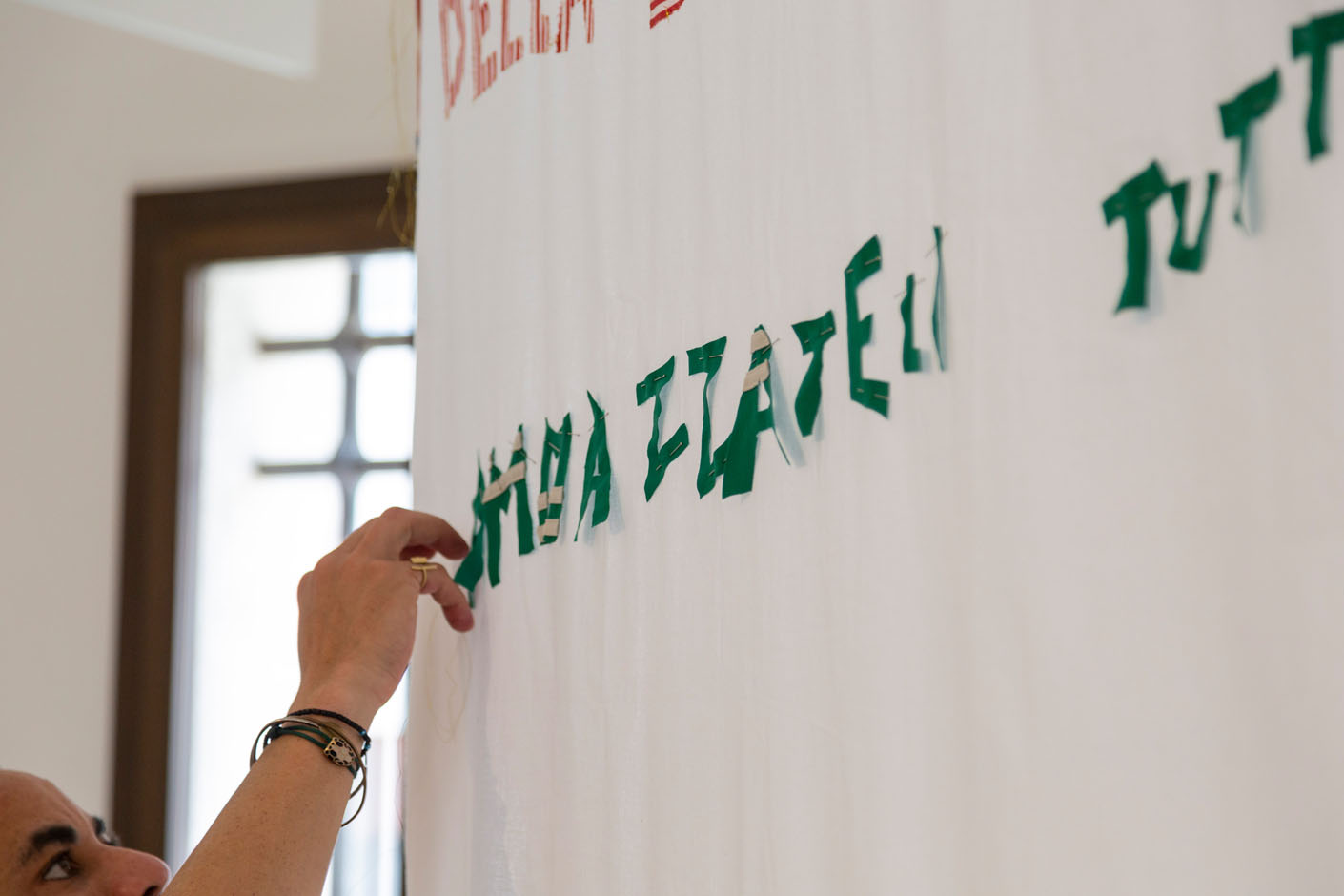 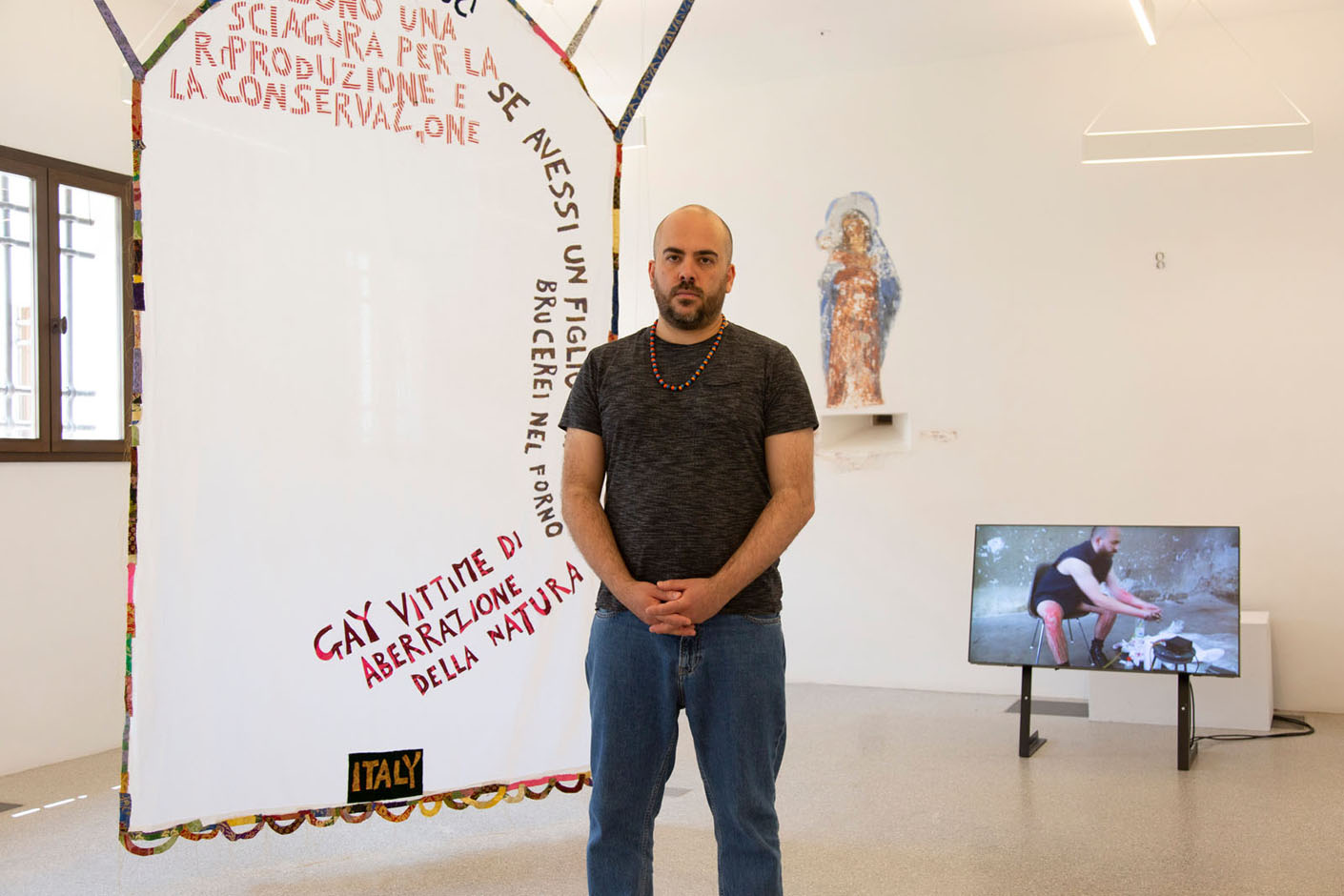 Pale d’Altare is a collection of 210 banners from every country in the world.  For each country, Montini collaborates with LGBT+ associations who are asked to share incidents of homophobia and report them on the banners.

Pale d’Altare takes its name from traditional sacred representations in churches; according to the artist, this work is a collective awareness in which the LGBT+ community, reflecting on discrimination, portrays itself as a martyr in the construction of a secular society.  The use of personal clothing to compose the words responds to the desire to create something authentic and connected to the personal experience of each individual. In doing so, the work overturns the meaning of hateful words, reappropriating those epithets used to denigrate, so that the banners become an emblem for equality in diversity and a tool of visibility for all those who fight for a more inclusive and fair society.

Beside the banners, the video Se non uccide fortifica (If it doesn’t kill, it strengthens) is exhibited, a documentation of the performance in which Montini tattooed his two names, Ruben and Nicola, on his forearms, in the version mispronounced by his classmates. Here, Montini takes up the theme of bullying and intolerance, and with an extreme gesture he carves “Nicoletta” and “Rubenitta” on his skin as if to accept, overcome and transform into a source of strength that which a part of society considers to be censored, if not repressed.