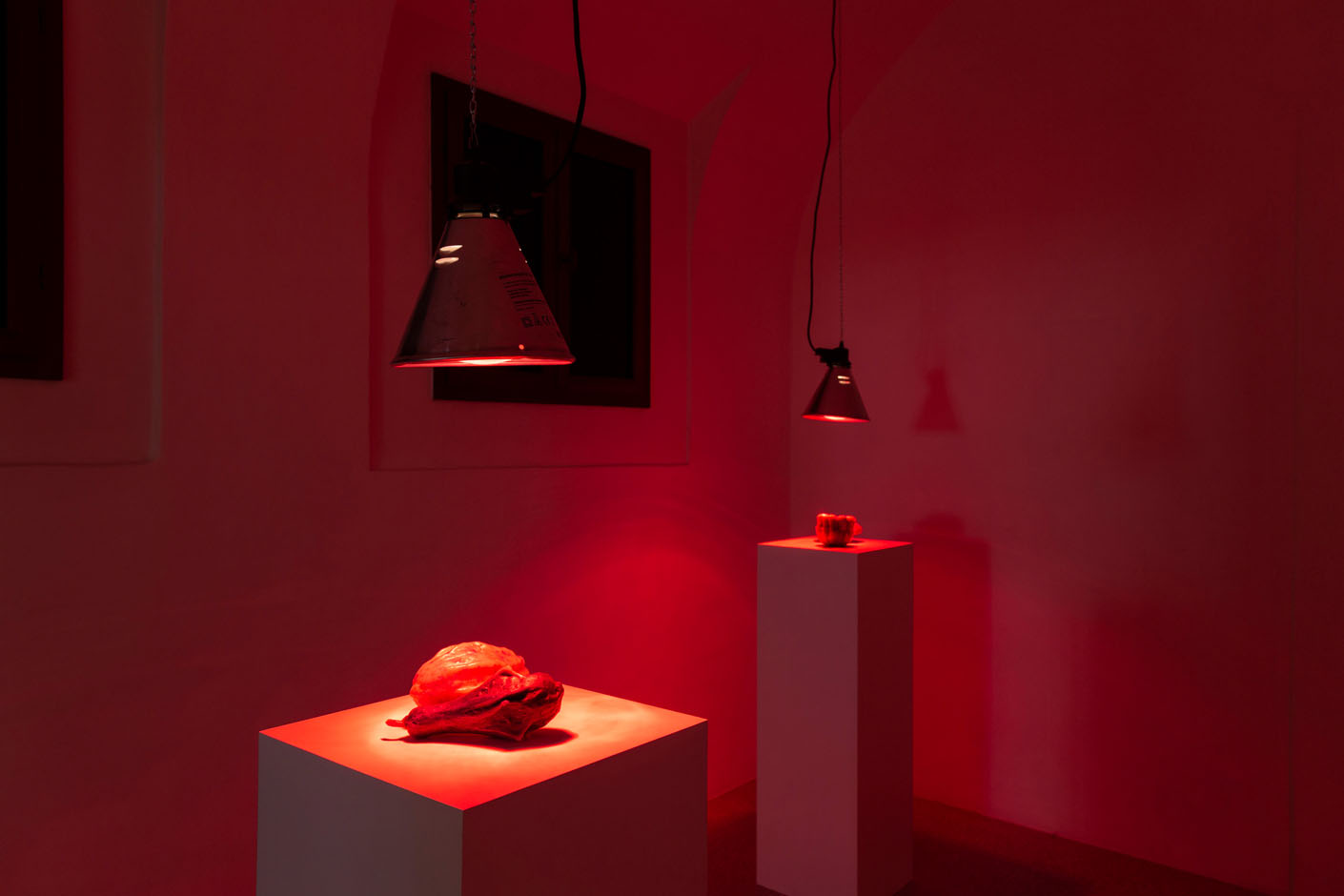 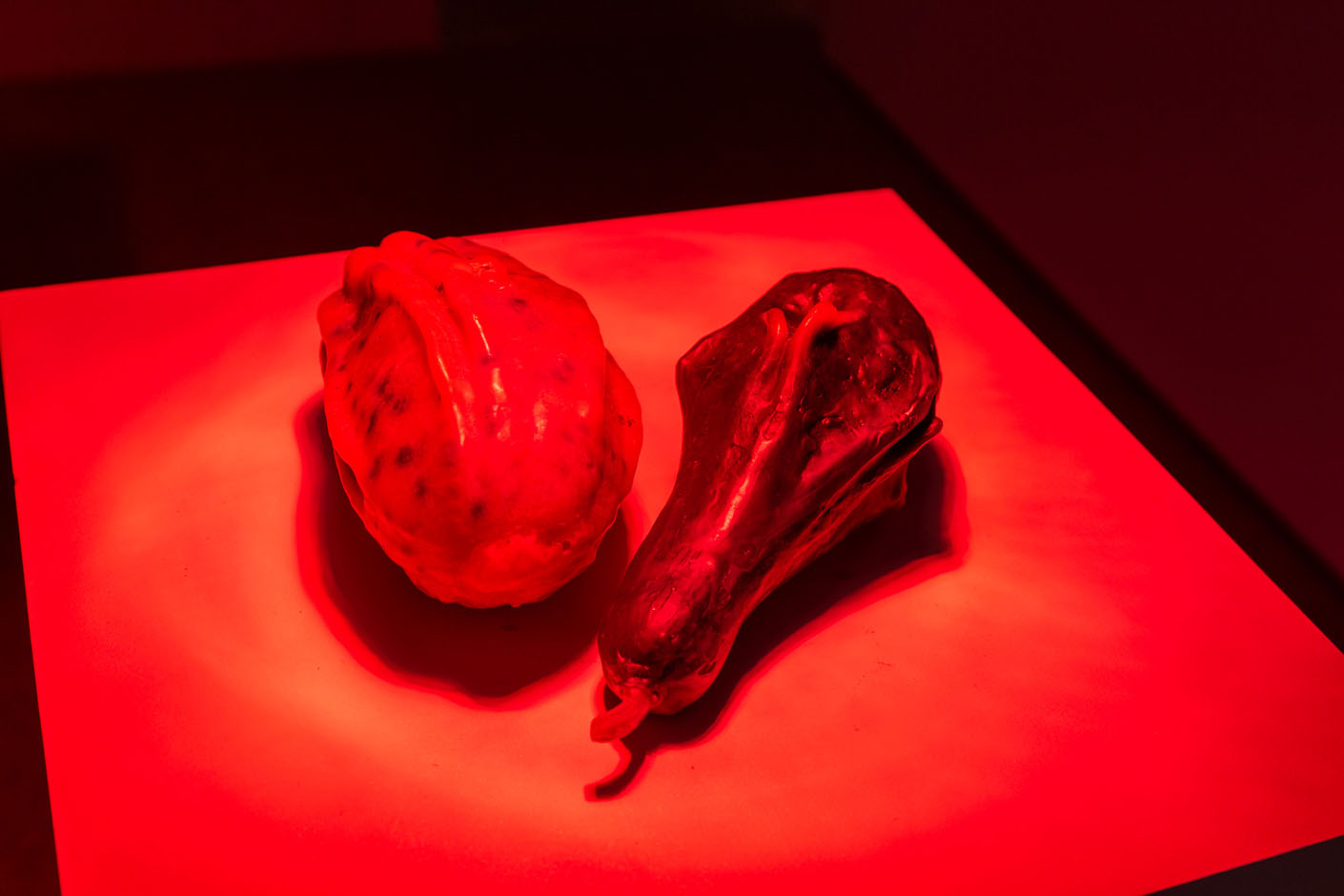 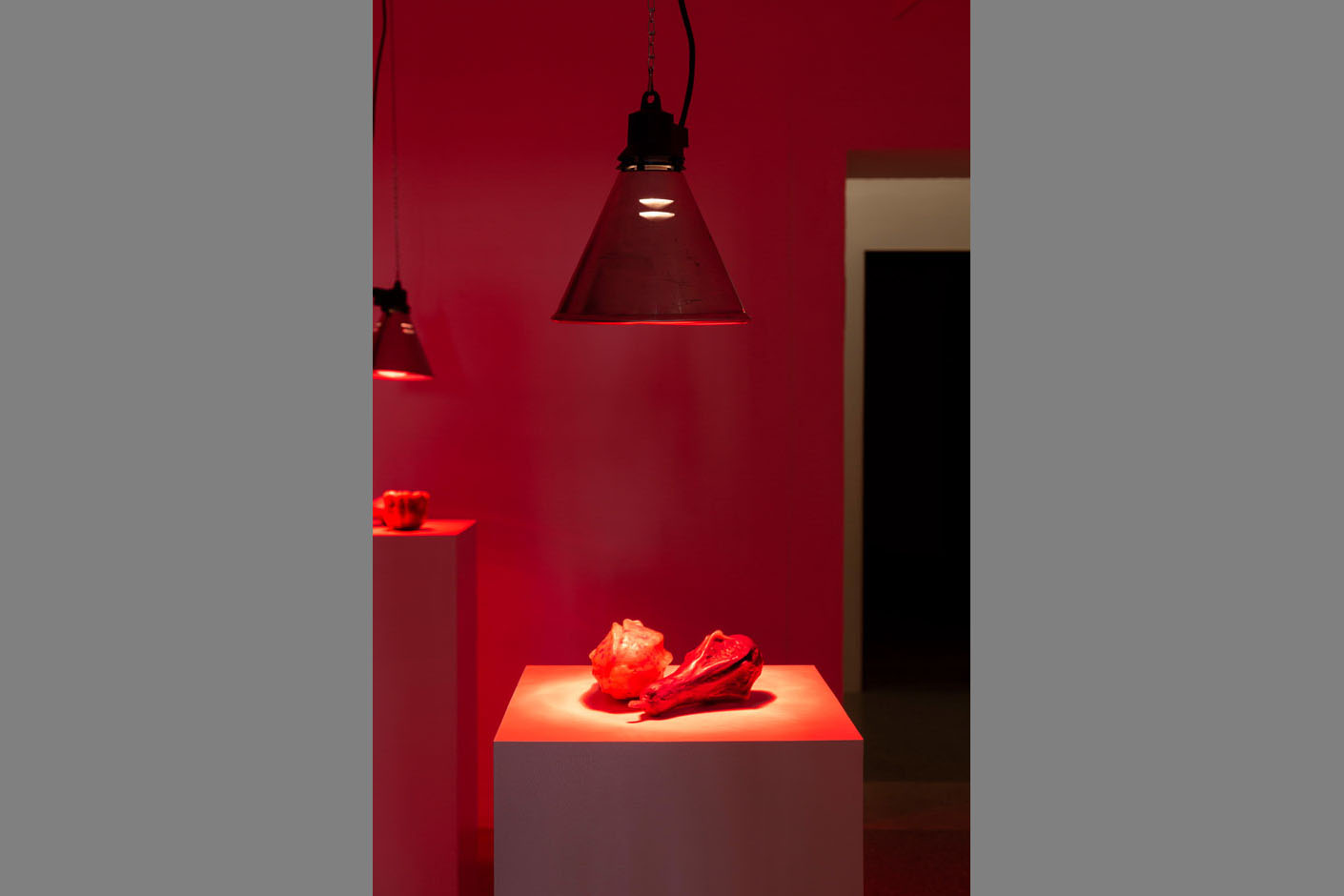 In Serena Vestrucci’s works, everyday objects are often the main subject, through which the artist recounts everyday phenomena, transforming them into poetic epiphanies.

The installation presented here is composed of two pairs of wax sculptures with organic shapes that, subjected to the warmth of heat lamps that are usually used for the growth of chicks and small mammals, will melt throughout the duration of the exhibition, forming an indistinct and shapeless magma. During its completion, the work speaks of the dilated time of waiting, of a time so slow that it seems to be immobile, and of the natural process of which the artist is only the activator, renouncing control over the final form. The silent nature of this work lies in its imperceptible and invisible becoming. Together with the works of Roncato and Trevisani, Vestrucci reflects on the perception of time, which is perhaps less fixed than we think.