Your work focuses mainly on sound and its connections with visual art. In your practice, you seek a synthesis between different languages such as art, music and theatre. Some of your artworks seem to dramatically prophesy the condition we endured during the pandemic: I am thinking, for example, of Ad Lib., the series of sound sculptures in which an automatic fan performs scores when connected to organ pipes, or of Monologue, where you perform in closed opera houses to record acoustic resonances. Are these random coincidences, or does your work echo the conditions of solitude and general discomfort?

I’m interested in working on absence, emptiness, and silence, because they are powerful metaphors for stimulating the audience and they are topics that appeal to me deeply. So far, I don’t feel that my artistic approach has changed because of the pandemic, but I think it’s too early to see how profoundly we’ve been changed by it, if we are at all. I suppose some aspects of my work have already made me somewhat suited to this scenario. I say this because it has made me think about the messages I have received in recent months from people who have said that they have thought about my work and found it particularly significant during this period. Therefore, some of my works have taken on a different light, exactly as happened with the forcibly closed theatres that I had already portrayed in Monologues in 2014. Moreover, a few days before the lockdown began at the end of February 2020, after more than a year of research and work, I had completed the production of a new version of Ad lib., a series of sound sculptures that I began in 2010. Again, the work was charged with a new meaning, previously unpredictable, as it combined a medical machine (an automatic pulmonary ventilator) with organ pipes. A year later, the work made its exhibition debut in Paris in a solo show at Galerie Alberta Pane, but –  in a twist of fate –the show was closed to the public after only one day due to new health restrictions imposed in France. 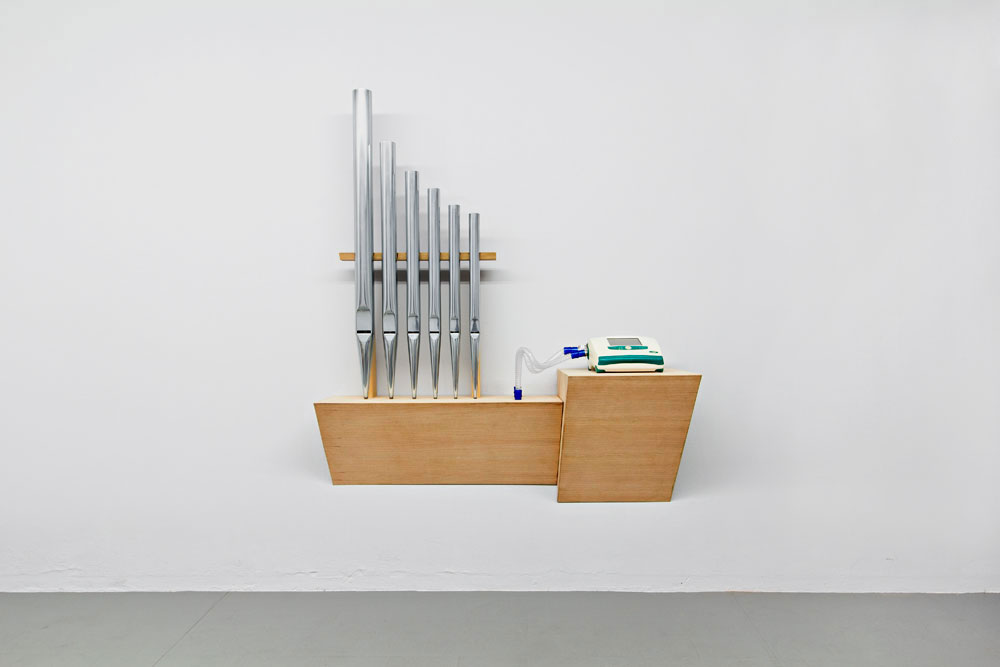 Your works explore space through sound and its perception, which appears embedded within it, as in the Panacousticon project. What dynamics are you interested in exploring or activating in the relationship between sound, space, and audience?

The acoustic experience is a fundamental part of our perception of physical space. Therefore, my work aims to bring the viewer to know a place through sound, but in an abstract and non-descriptive way. Often, my recordings start from the silence of an environment and then enhance the specific frequencies of resonance, in practice to hear the “voice” of that place, as happened with the theatres in Monologues that I mentioned earlier.

In the case of Panacousticon, on the other hand, I place the viewer in relation to a huge dodecahedron loudspeaker that omnidirectionally emits a drone of sound waves, which uniformly stimulates the surrounding space with vibrations. The audience is invited to acoustically explore the room by moving around the sculpture to perceive nuances and slight acoustic modulations caused by the reflections of the sound waves in the room. In this way, the static nature of the work takes on an interactive twist: everyone experiences different acoustic micro-variations depending on their involvement in the work and how their auditory system perceives the sound reflections. In this way, the spectator is put in the situation of discovering the space that surrounds him through attentive listening. 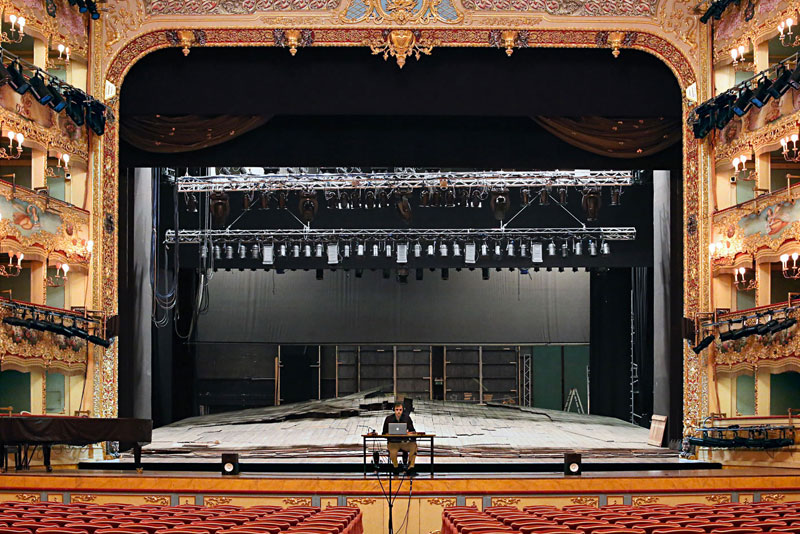 What are the latest projects you’ve been working on?

Obviously the exhibition season in 2020 was extremely limited, so I devoted myself to developing projects for some sculptures that I hope to realise in the near future, but I also took the opportunity to dedicate myself to music with more calm, developing a project on Fellini (using an unpublished interview made available to me by Cinemazero). At the end of the year, I worked on a piece inspired by the lockdown experience: it is called loopdown, and was released by bb15 of Linz (Austria) in a limited edition in the form of a cassette tape built to be played in an endless loop. 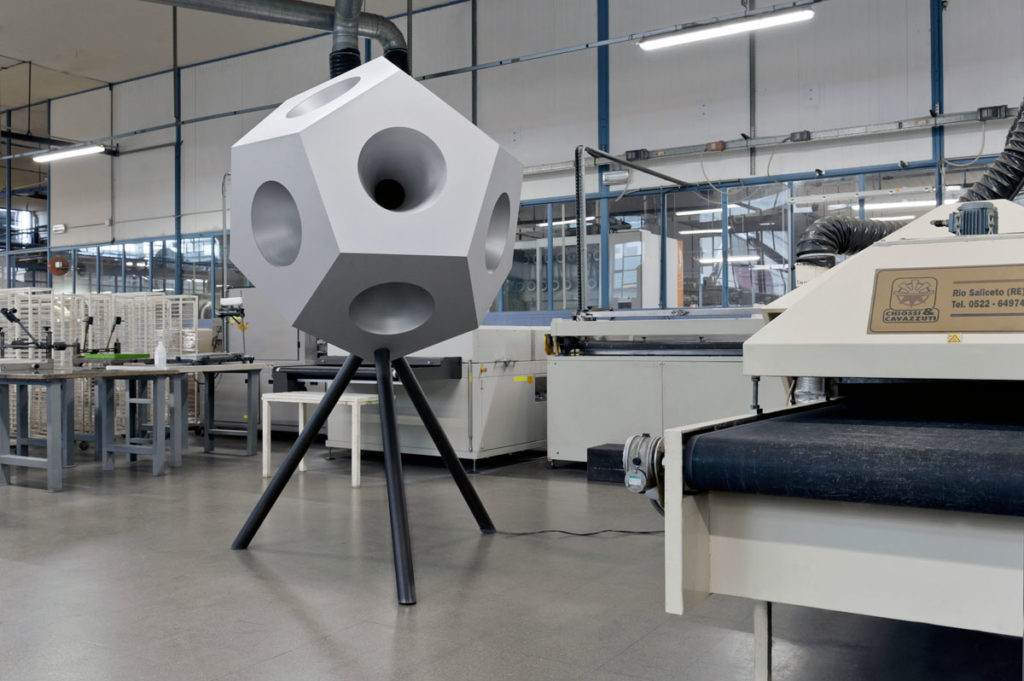 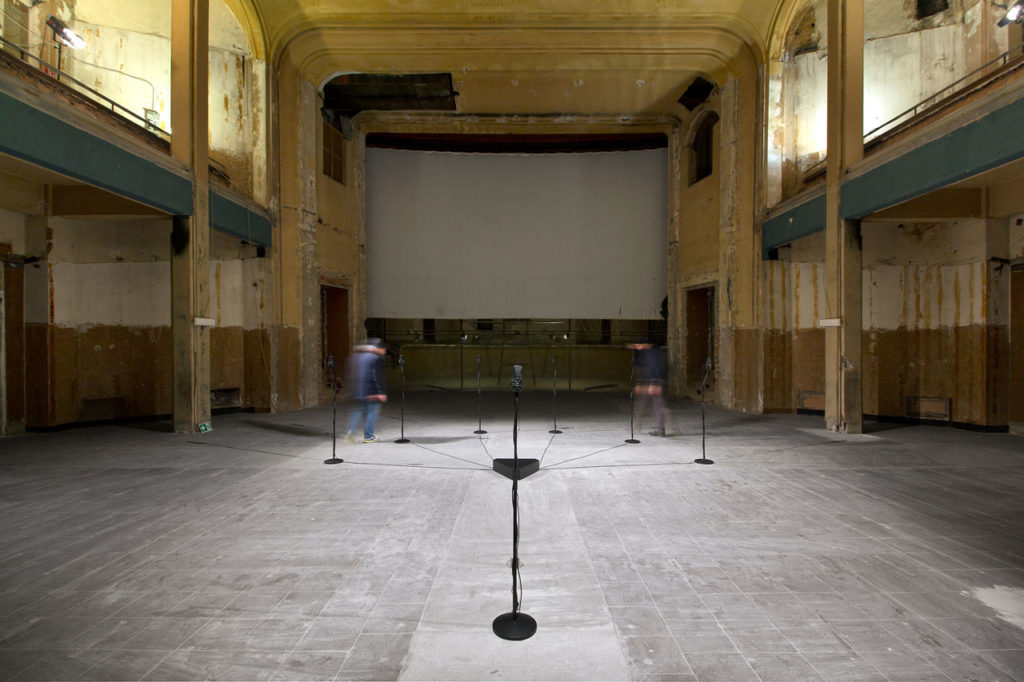 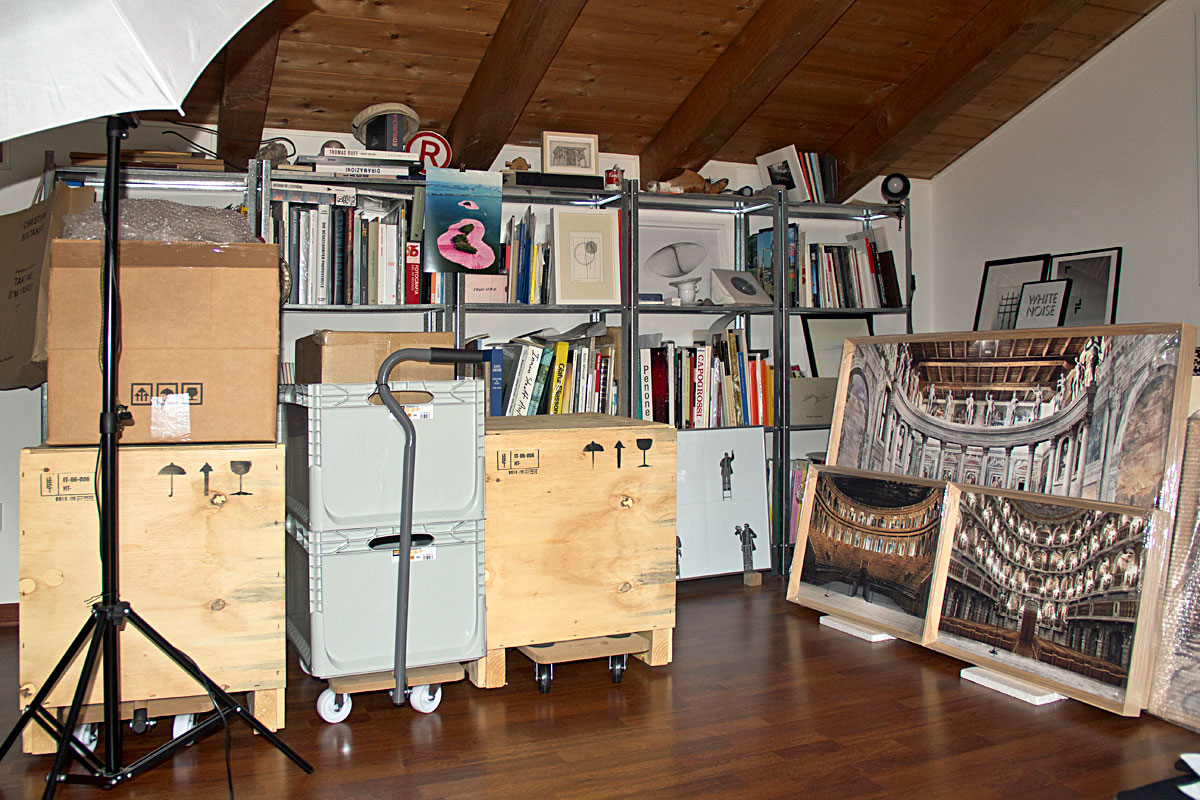 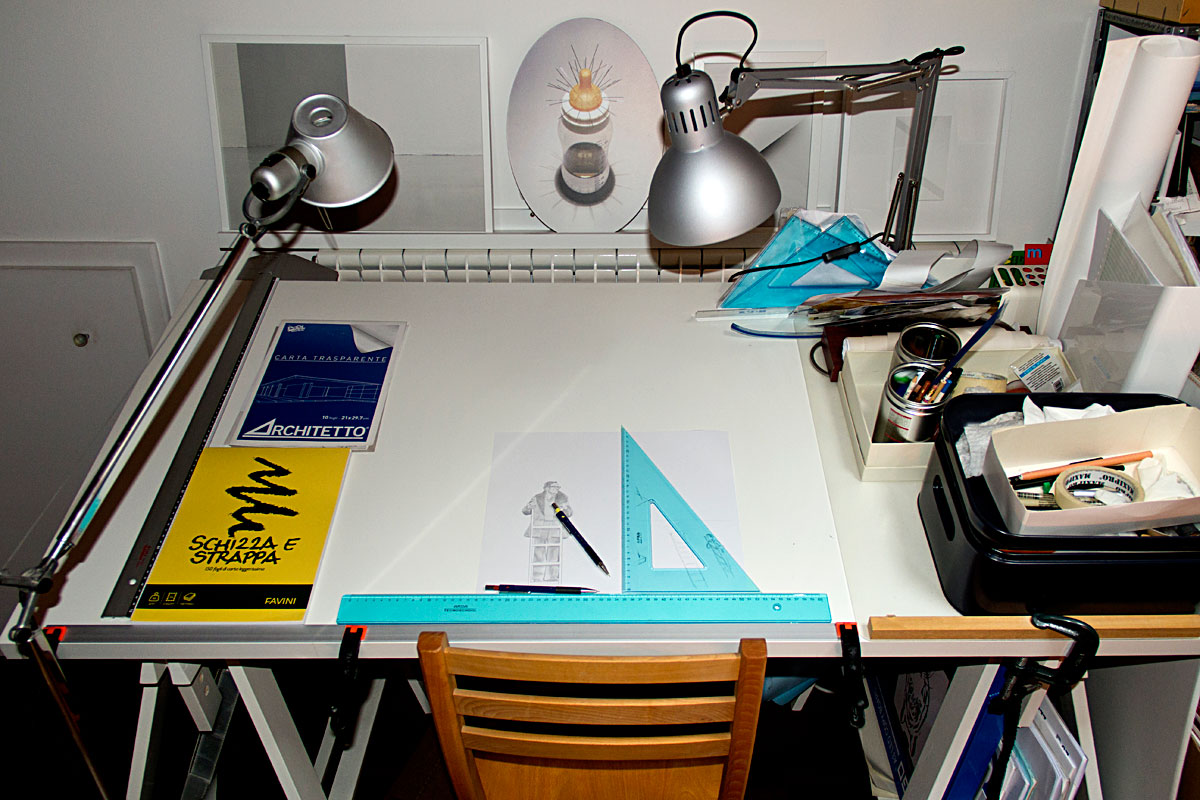 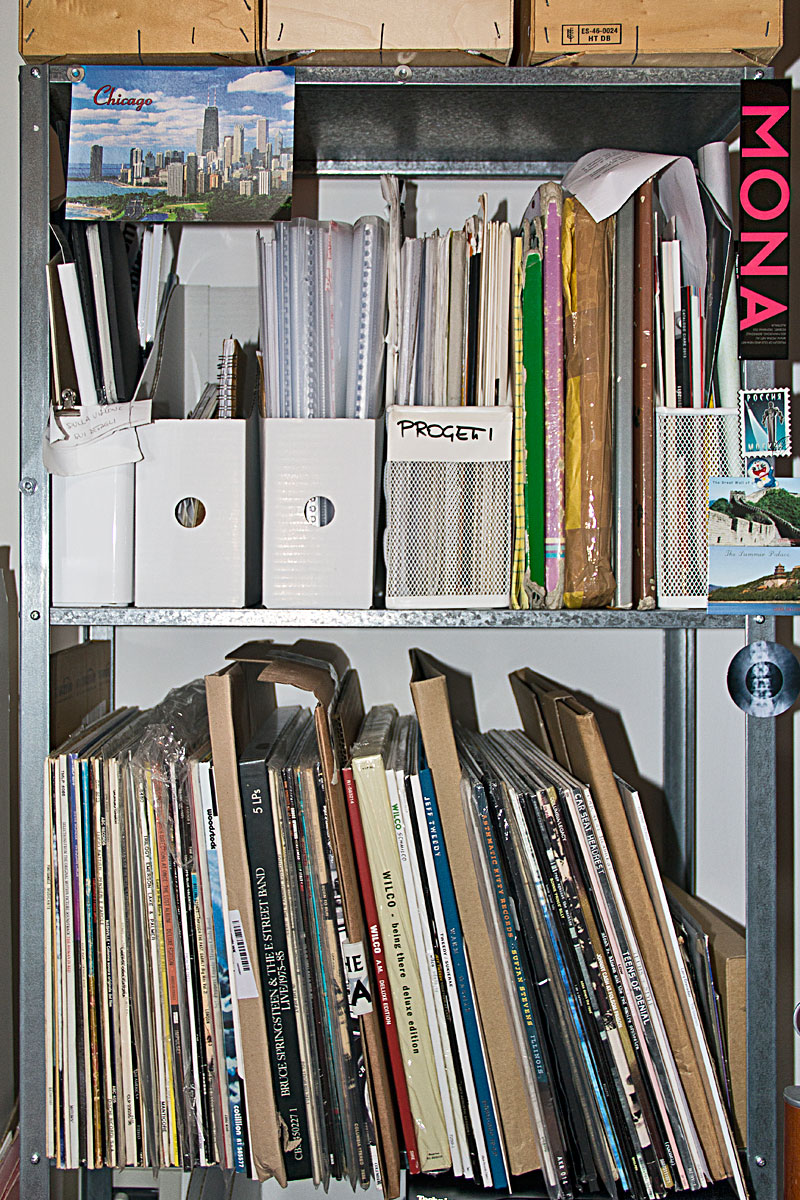 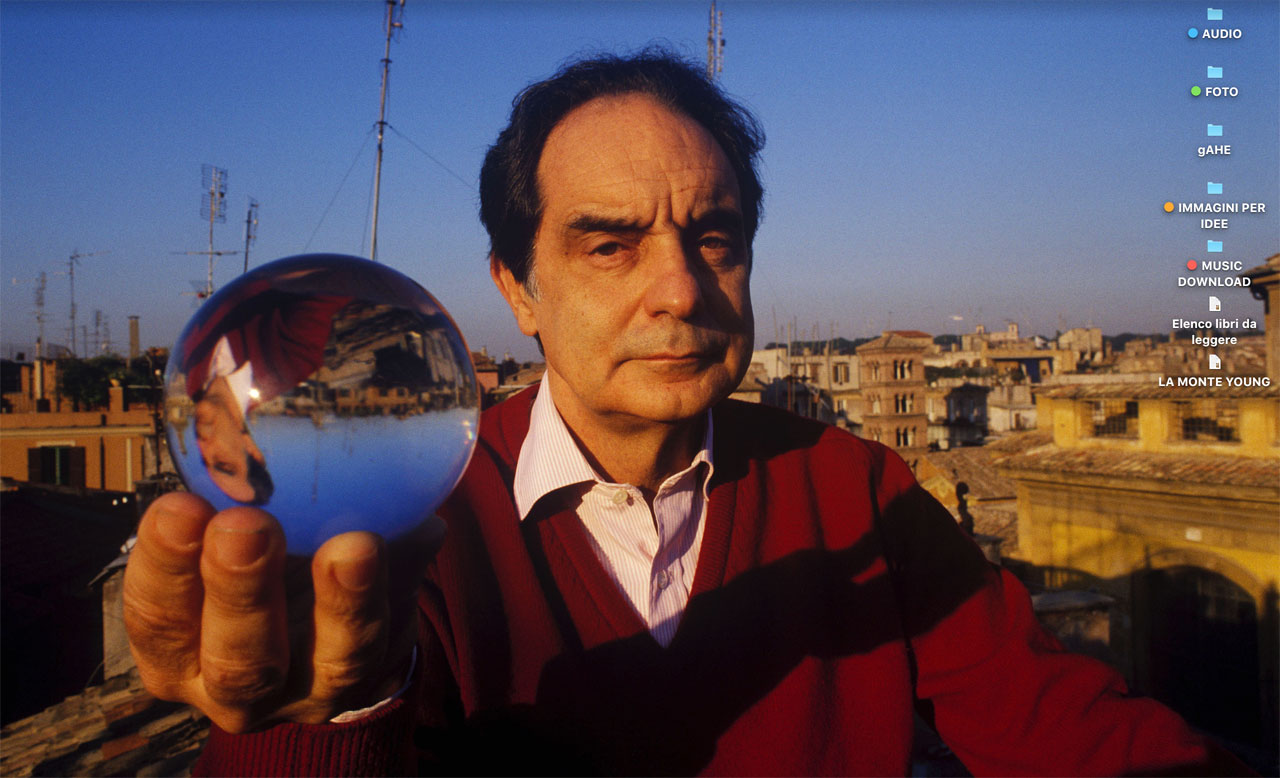 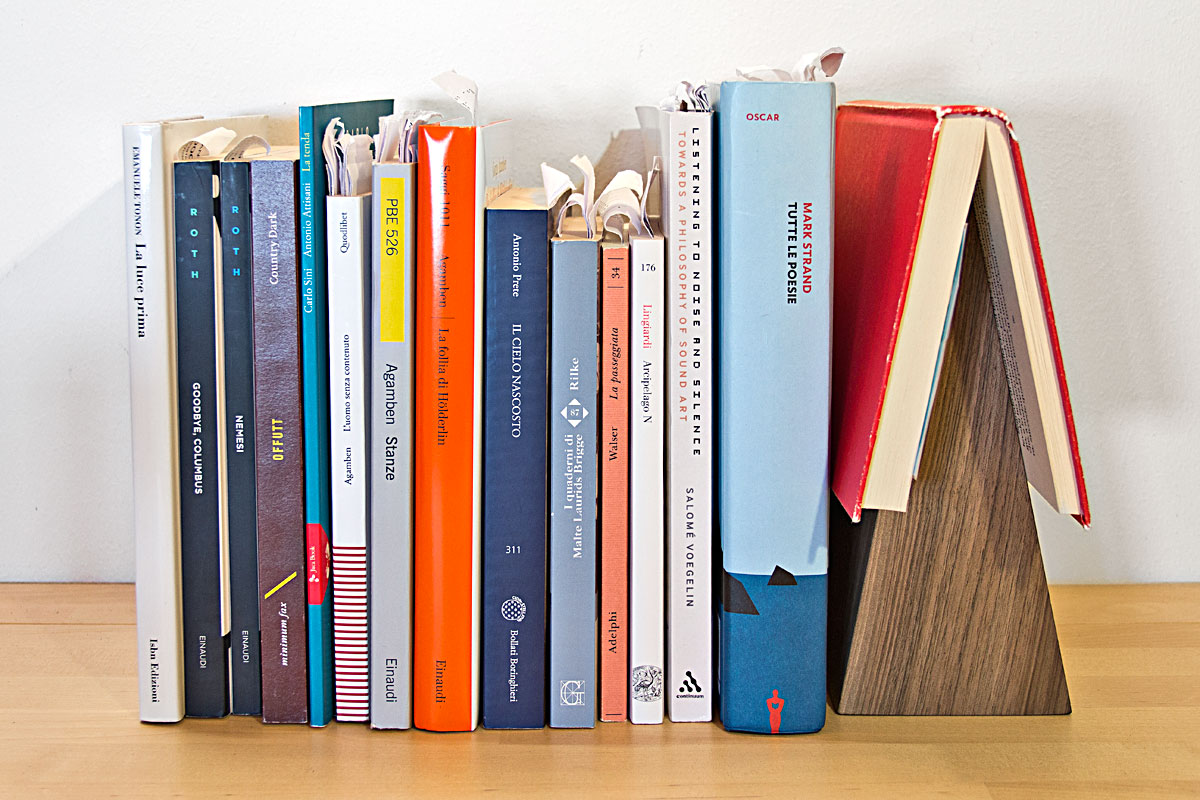