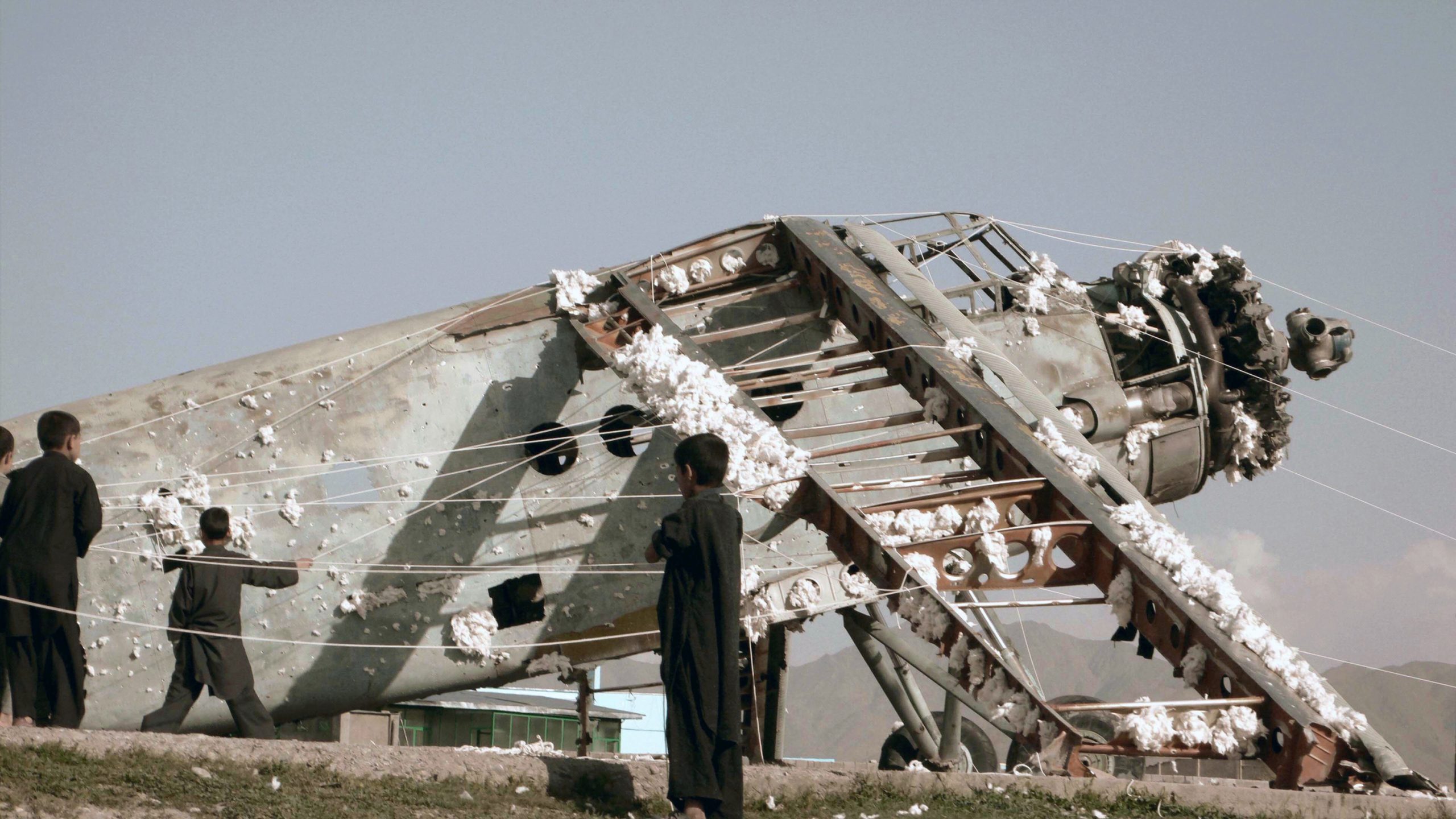 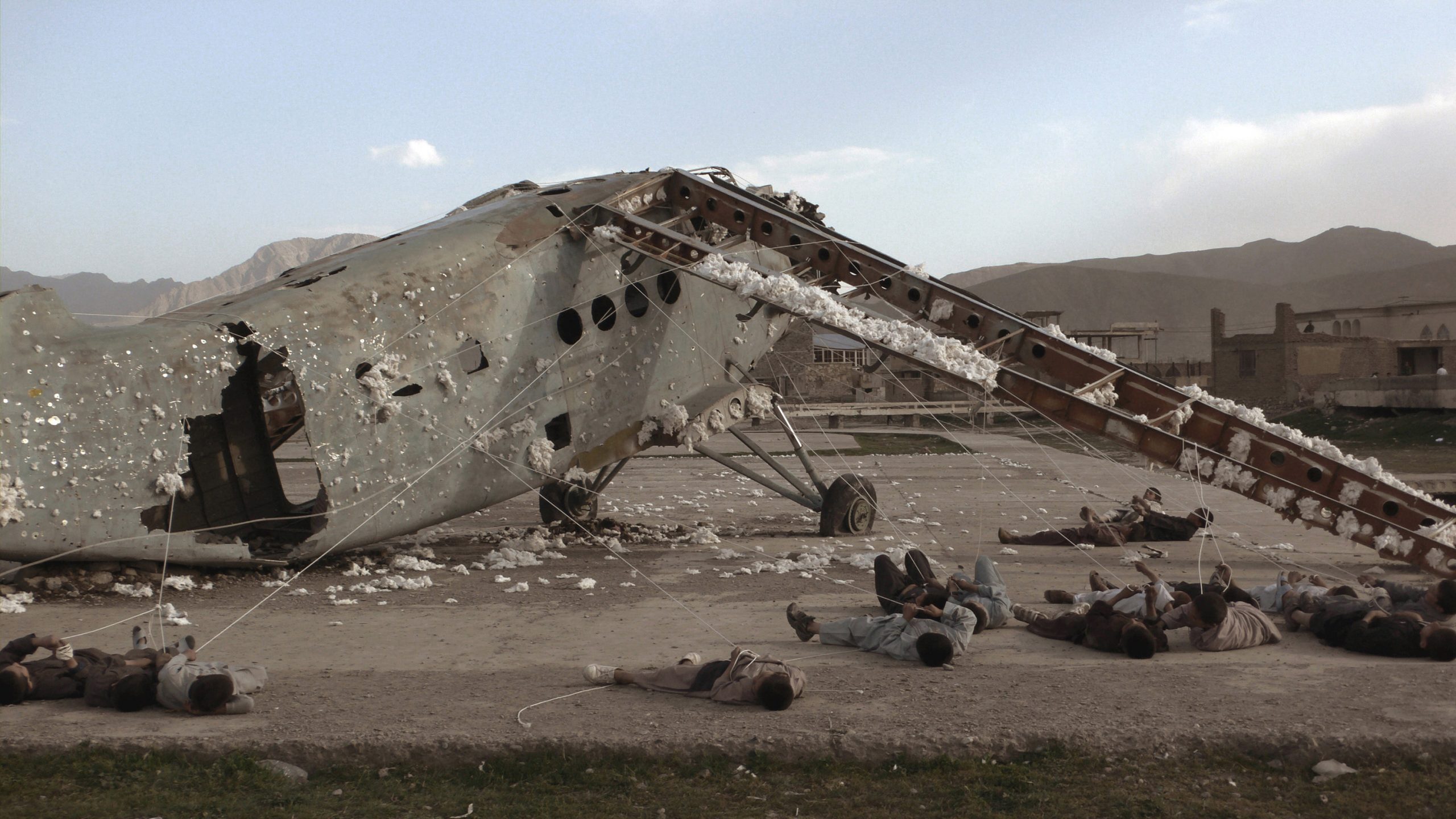 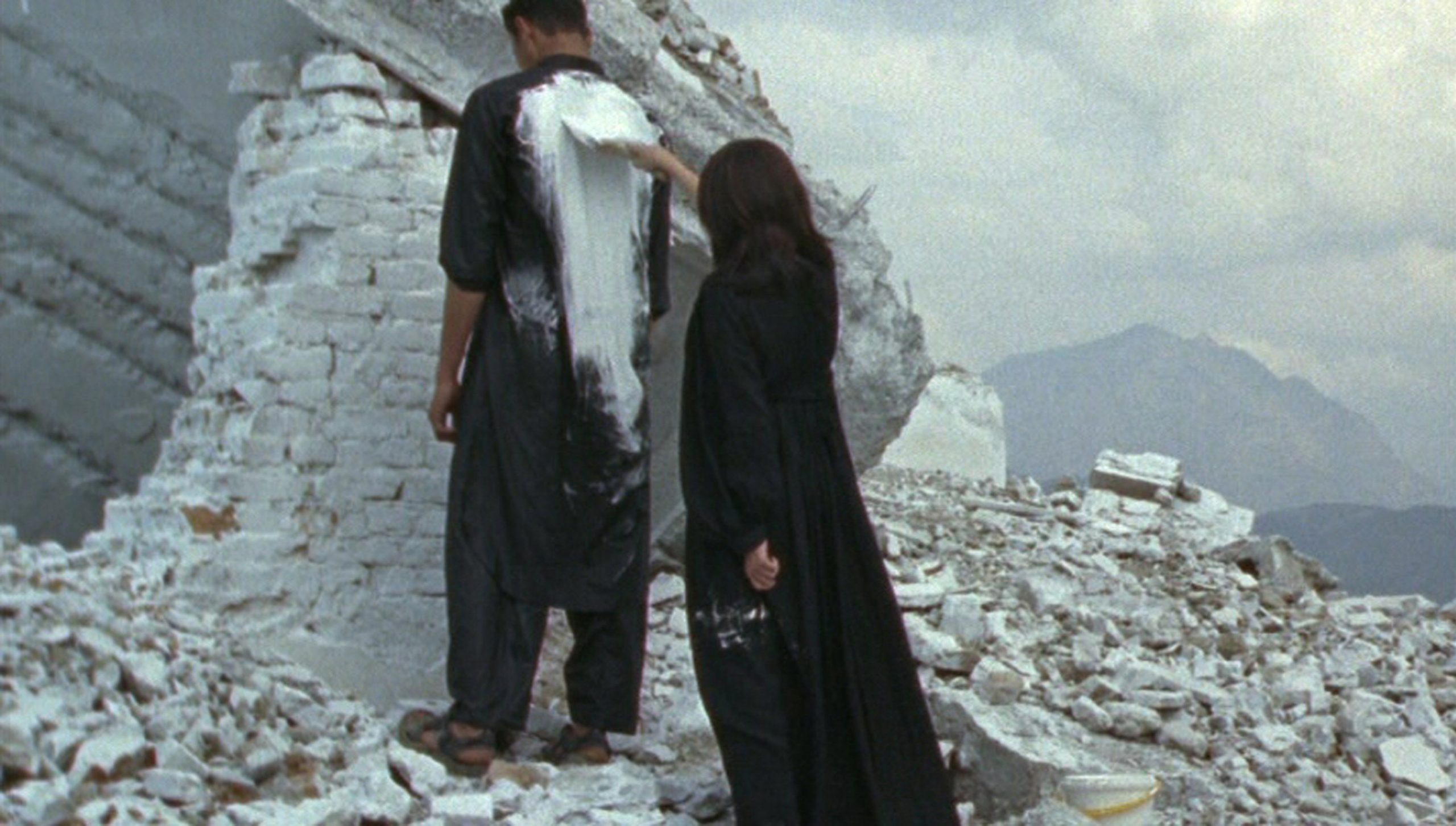 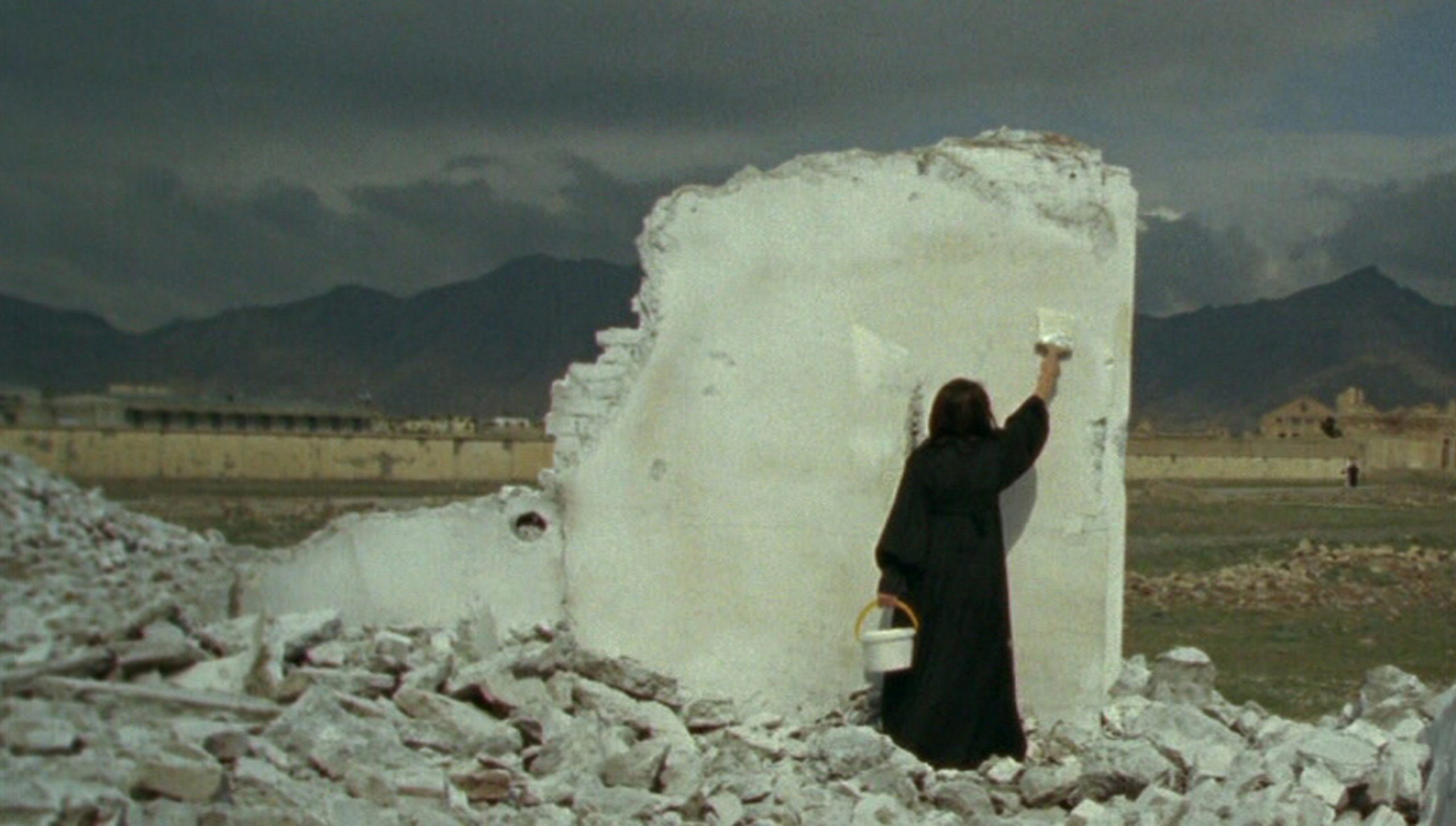 2005, 16mm film transferred to dvd 5’00''. Courtesy of the artist and Galleria Giorgio Persano

In her work White House, Abdul speaks to what it means when we whitewash history, in this case the effects – be they financial, physical, social, psychological – of the US invasion and occupation of Afghanistan. Although the rhythmic pace of the film hints at the presence of hope and progress, through this act of erasing, slowly and yet methodically painting over everything in white, Abdul forces us to be confronted with the impossibility of reconstructing all that is lost. With In Transit, Abdul continues her poetic explorations into invasion and occupation through the seemingly skeletal remains of a Soviet airplane. The object itself seems to almost hint at the joyfulness of a bird, and through this video Abdul takes us on a fantastical journey between reality and a child’s dream to fly as children playfully and tragically, but always full of hope, work on re-feathering the fallen bird.

Lida Abdul (Kabul, 1973) She is a video and performance artist who addresses themes of devastation, displacement, identity, and the body, including how each interacts with architecture. Having fled Afghanistan after the Soviet invasion in 1979, Abdul lived in India and Germany before settling in the United States. She received BA degrees in both Political Science and Philosophy before completing an MFA at the University of California in 2000. Her work has been exhibited widely, including the Istanbul Modern, Kunsthalle Vienna, Museum of Modern Art Arnhem, Miami Central, and the 2005 Venice Biennale.

2005, 16mm film transferred to dvd 5’00''. Courtesy of the artist and Galleria Giorgio Persano